Home > Buzz Did Bethenny "Destroy" Carole at the 'RHONY' Reunion?

Did Bethenny "Destroy" Carole at the 'RHONY' Reunion?

Rumor has it that Carole's gone and never coming back! 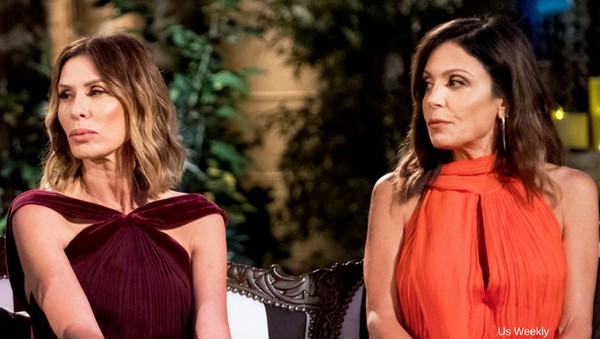 Well, well, well it looks like somebody is spillin’ the tea! According to rumors on Twitter, Bethenny Frankel “destroyed” former friend Carole Radziwill on the reunion special of the Real Housewives of New York. And if the rumors are true, the burns are so bad that Carole has up and left the series!

According to NaughtyGossip blogger, Rob Shuter, he received an anonymous tip earlier today that Bethenny struck some serious blows at her foe, Carole.

Told @Bethenny destroyed @CaroleRadziwill yesterday at taping of Housewife reunion. Rumor is Carole isn’t coming back! I will miss her.

But we’re not so sure we buy his story. Both Carole and Bethenny took to Twitter after the reunion taping and as far as we can tell, neither seemed to hint at the alleged beef.

And we’re not sure if Carole would have shared this “victory dance” gif if she was set to leave the show.

We guess we’ll just have to wait until the reunion airs to see what the real tea is!

Would you miss Carole if she left the show? Let us know in the comments!

Be the first to leave Comments for Did Bethenny “Destroy” Carole at the ‘RHONY’ Reunion?