Home > Buzz LHH Round-Up: Can I Catch A Break?

LHH Round-Up: Can I Catch A Break?

One bad choice leads to twenty. 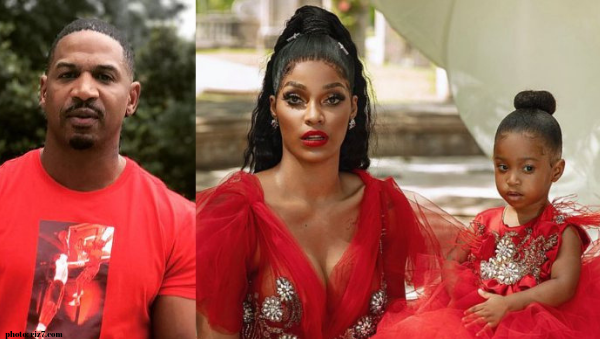 Saved by The Courts

Brittney Taylor dodged quite a bullet this week and the Love & Hip Hop New York cast member had her assault case thrown out.

Ms. Taylor was accused of assaulting Dina Khalil West back in June.  Ms. West is a witness for Remy Ma in the alleged altercation that occurred back in April.

Charges will be dropped under the condition that for the next six months Britney avoids legal trouble.

The issued restraining order, requiring Taylor to stay away and surrender her firearms will remain in effect until December 14.

All is not fair in love, hip hop and parenting.

Former Love & Hip Hop Atlanta star is under huge legal pressure right now and she is begging for the return of her daughter.

Last month, Stevie J accused Joseline Hernandez of refusing to grant him access to their daughter, Bonnie Bella and demanded from a judge that Joseline be arrested for violating their custody agreement.

By some divine intervention on behalf of Stevie J, the judge sided with Stevie and issued an arrest warrant and took away custody of Bonnie Bella from Joseline.

“Prayer of the righteous availeth much” Eva set her alarm for 6am to take her sister Bonnie to school, it rang for 17 minutes before I came and woke her up.. Had to drive an hour she’s my lil trooper🙏🏽1st photo in over a year for these girls and I’m grateful to God they had a chance to share this precious moment. #DaJordans #EvaAndBonnie

According to court documents obtained by The Blast, Joseline is asking a judge to order Stevie to return their daughter and for the charges against her to be dropped.

Joseline is demanding the arrest warrant be set aside and primary physical custody to revert to her immediately as she states that both the court and Stevie know she was in California working and couldn’t physically be in court.

Stevie claims that Joseline relocated to Miami last year and has prevented him from being able to maintain consistent visitation with his daughter.

No offense my dude but if you can fly to the BET awards and Vegas to get married then you can certainly spare more than one visit to see your daughter.

Will Brittney be able to stay out of trouble?  Is Stevie in the wrong or is justice fair in this situation?

Be the first to leave Comments for LHH Round-Up: Can I Catch A Break?