RHOBH's Camille Grammer Spills the Tea on Ex Kelsey: "He Acts Like I Never Existed" 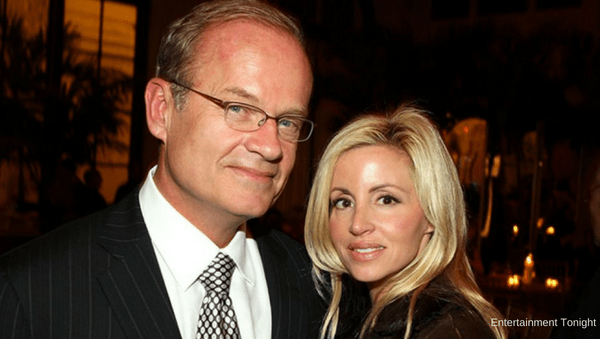 Camille Grammer, former cast member of the Real Housewives of Beverly Hills took to Twitter today and shared some pretty surprising tea about her relationship with her ex- Kelsey Grammer. According to Camille, Kelsey acts like she never existed!

The comments come after Kelsey gushed about his current wife, Kayte Walsh, in an interview with Closer Weekly. “[My wife Kayte Walsh] has a pristine and extraordinary ability to love,” he told the magazine.

But fans of season 1 of RHOBH will remember that Kelsey had allegedly met Kayte while he was starring in a play on Broadway and the rumors that he cheated on Camille while we was working in New York have followed Kelsey and Kayte’s relationship through their union.

A fan on Twitter retweeted Kelsey’s interview, adding that “I’ll never forgive [Kelsey] after what he did to @TheRealCamilleG.”

To which Camille of course responded, saying that she doesn’t “begrudge him his happiness,” but feels unnerved that despite the highs and lows of their marriage, Kelsey doesn’t acknowledge her anymore.

I don’t begrudge him his happiness. What’s unnerving is that fact I was there to help him get through some of his hardships and supported his career and his sobriety. I was rt by his side and he acts like I never existed that’s disappointing. We were together through his success https://t.co/tUFIIHqNGN

Camille then followed up her original tweet by explaining that she was there through both Kelsey’s professional and personal health problems. “I sat at his beside for 8 days straight while he was in the cardiac intensive care unit in NYC. I read him poetry and helped wash his hair. Now I don’t exist.”

I was there during the writers strike and the cancellation of Back to You. We moved the company to our home in Malibu. I sat at his bedside for 8 days straight while he was in the cardiac intensive care unit in NYC. I read him poetry and helped washed his hair. Now I don’t exist https://t.co/tUFIIHqNGN

And added that despite their shared children, (daughter Mason, age 16, and son Jude, 13) and history together, she ultimately wishes that “it ended in a more civil manner.”

We have two beautiful children from our union and I was blessed to have shared those years of my life with him. We have both moved on. Just wished it ended in a more civil manner. https://t.co/tUFIIHqNGN

She also shared this image, which perfectly surmises her feelings on her former marriage.

But don’t get too sad for Camille just yet. The stunning 49-year-old is still engaged to fiancé David C. Meyer and is getting married in October.

Do you think that Camille should have dished on her ex? Let us know in the comments!

Be the first to leave Comments for RHOBH’s Camille Grammer Spills the Tea on Ex Kelsey: “He Acts Like I Never Existed”