Bravo declined to comment, yet cast leaks suggest Brett Caprioni is in! 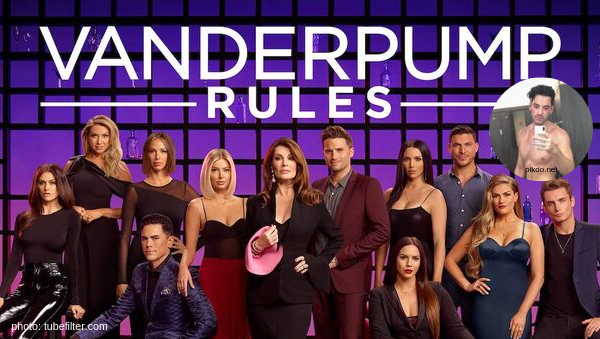 Meet the latest addition to the Vanderpump Rules season 8 cast, Brett Caprioni. Though Bravo has declined to comment, cast leaks suggest he got a golden ticket!

According to a recent Instagram post from former SUR bus boy and See You Next Tuesday DJ, James Kennedy, “season 8 coming in hot.”

Keeping a secret has never been a strong suit for the self-proclaimed ‘White Kanye.’

Another blabber mouth from the VPR cast, Jax Taylor, mentioned how much he liked his new cast mate in a September interview with Life and Style. “I’ve only hung out with a couple of them [referring to new VPR cast members.] Brent is one of the guys that I really like on the show that kind of joined our cast.” The recently married 40-year-old continued, “He just moved here from New Jersey. He was in need of a job.”

Jax, as usual, made it about himself saying, “He’s a YouTuber, but needed part-time money so he wanted to bartend, so I’m kind of teaching him a little about that.” I wonder if Lisa Vanderpump approved of that staffing choice. All VPR fans know that Jax is a terrible bartender!

According to a report from Page Six, “Brett Caprioni, known for dating Instagram star and beauty blogger Carli Bybel in the past, was spotted at the opening credits shoot for the upcoming season, as an Instagram story from series regular Guillermo Zapata shows.”

Here is a Once Upon A Time In Hollywood inspired photo of SUR’s zaddy and the newbie.

I got to meet many of the cast members from season 7 of Vanderpump Rules at the Vanderpump Cocktail Garden opening here in Las Vegas! I recorded a podcast breaking down my experience and even spilled some tea on the On This Day Entertainment. Listen here! (Yes, James is horrible!)

Are you excited for new blood in the VPR cast? Drop your opinions off in the comments.