“I was actually expecting it to be a lot worse." 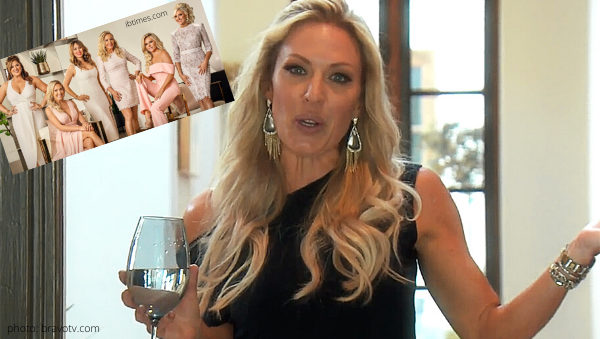 Braunwyn Windham-Burke reacts to her first Real Housewives of Orange County reunion. The newbie was surprised at how much she even enjoyed the reunion of her inaugural season. “I was actually expecting it to be a lot worse.”

Braunwyn boasted to Page Six, “I had always heard because I have friends in different cities, so everyone I was talking to was telling me what a long, hard day it was.” The mother of seven continued, “I ended up having a pretty great day. I enjoyed it. Yeah, that shocked me.”

‘Brown-wind,’ as coined by the ‘friend of’ RHOC, Vicki Gunvalson, added that even after all of the  drama this season, “I left the reunion on good terms with all my castmates.” It was unclear if that includes the OG of the OC, who lost her orange this season.

The wife of ‘Mr. Statement Necklace‘ said she would be on board for Season 15. “I can’t even say what an amazing year I’ve had.” Dr. Deb‘s daughter added, “This has probably been the best year of my life and the most transformative for me as a woman and as a person. I would come back in a heartbeat.”

Which orange holder (or Vicki) are you most excited to see on part 2 of the RHOC reunion? Drop names in the comments!