Because... of course she does. 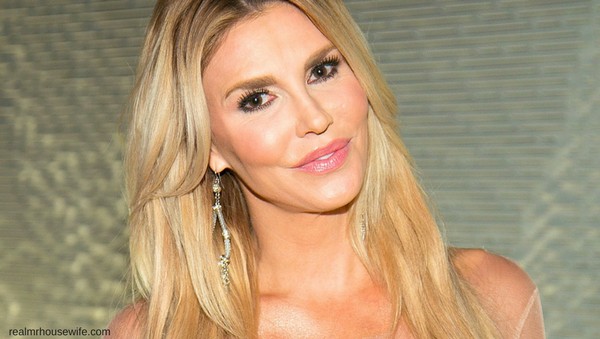 Apparently, we weren’t the only ones watching on Tuesday! In a move that will surprise no one, Brandi Glanville has sent out her support of Kyle Richards in her ongoing dispute against Dorit Kemsley and Lisa Vanderpump. The former Real Housewife of Beverly Hills has had beef with Lisa Vanderpump for years…so, it’s no surprise to us that she is teaming up with Kyle against her old foe.

Glanville, who also struck up controversy earlier this week by posting and quickly removing a nude photo of herself to Twitter, sent a message to Bravo host Andy Cohen after the April 24th reunion episode. In her message she writes, “Hell is freezing over because I completely agree with Kyle.”

She adds that she “never once heard Dorits name after many years of knowing LVP & if anyone else said these things about LVP she would try and ruin their lives.”

And if that wasn’t enough, Brandi gives us two very specific examples, “for example myself and @AdrienneMaloof.”

Of course, Brandi was referring to Kyle’s confusion during the season 8 reunion over why her long-time friend, Lisa Vanderpump has both stuck by Dorit and allowed Dorit to treat her poorly without retribution. Kyle had accused Lisa Vanderpump and Dorit of agreeing to “stick together no matter what,” and says that in all of her years of friendship, she has not one heard Lisa talk about a friendship with Dorit, which begs the question: what is going on with those two??

Both LVP and Dorit have denied those claims, but the fact of the matter is that Lisa Vanderpump has probably not been a great friend to Kyle.

Brandi’s support helps Kyle’s theory a little, though we will be excited to see what happens in the second part of the reunion!

Tell us if you believe Brandi’s tweet in the comments!