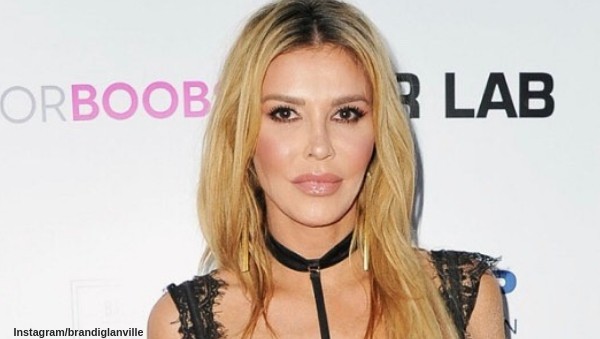 In a scary turn of events, former Real Housewives of Beverly Hills star Brandi Glanville is speaking out after a burglar entered her home while she and her two sons were home. “I’m fine but just shaken up,” she said.

According to People Magazine,  Brandi’s Los Angeles home was burglarized in the middle of the day on Monday, October 22. Brandi’s two sons, Mason, age 15, and Jake, age 11, were home with Brandi at the time and the next day Brandi tweeted about the incident to her 805, 000 followers.

“I’m fine but just shaken up. This happened mid-day when the boys and I were home,” Brandi told Us Weekly. “We have an alarm, but it wasn’t set because we were there and I felt safe in my home because we have a security system and gates.”

She added that the “scariest thing is thinking what could’ve happened if either myself or one of my boys walked in on them in the process of robbing us.”

Brandi has yet to reveal what was taken during the burglary, though after fans tweeted their well-wishes to the former reality star, she did tweet out her thanks for the support.

Thank you everyone for your kind words, prayers and best wishes. We are fine thank goodness!!! But I really appreciate you all for caring.

“I really appreciate you all for caring,” Brandi said.

Let us hear your kind words for Brandi in the comments!