'Big Brother 20': JC Accused of Kissing Tyler While He Slept

'Big Brother 20': JC Accused of Kissing Tyler While He Slept! 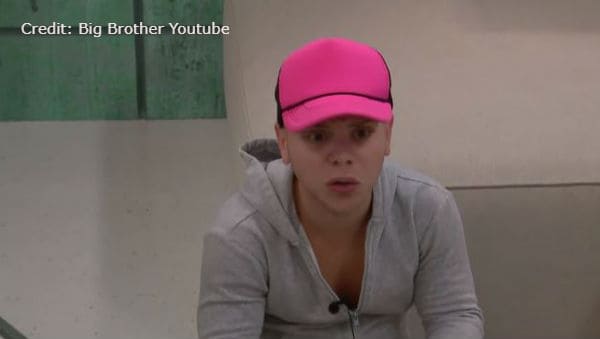 Something crazy went down on the Big Brother 20 live feeds and I am honestly shocked! It turns out that JC Mounduix is being accused of actually kissing Tyler Crispen while he slept. This is totally sexual misconduct and why he is still in the Big Brother 20 house is beyond me! Us Weekly shared all of the details about what went down.

He was seen laying in the bed next to Tyler. At the time, Tyler was totally asleep and JC was touching him by rubbing on his arm, face and chest. After that, he reached over and kissed him in his armpit of all places. The fans went crazy on social networks when this went down.

BB20 HG Tyler told JC Monduix he did not want him in his bed. JC refused to leave, stayed & waited till Tyler was asleep to touch him inappropriately & kiss him as shown in these pictures @Taylorcrave @TMZ @etnow @EW @usweekly @TVGuide @DailyMail @CBSBigBrother #BB20 #bblf pic.twitter.com/ufmyFjXFpS

The very next morning Tyler talked to Kaycee Clark and told her he had trouble sleeping because of JC. The thing is he doesn’t know the specifics of what went down. Tyler explained that he didn’t want JC sleeping with him that night and wanted to sleep alone so he could get rest. Wow, if he really knew what went down he would be saying more than that about it.

Tyler did know that JC was touching him during the night, but it sounds like he didn’t know the specifics. He probably would be in shock if he realized JC was awake at the time and actually reached over to kiss him. This is taking things way too far, but for some reason, Big Brother 20 hasn’t done a thing about it yet. JC hasn’t been perfect in the house and you would think that they would decide it is time to make him stop or get him out of the house. Of course, it does bring in the ratings, which is a good thing.

Are you shocked by what JC Mounduix did to Tyler Crispen in the Big Brother 20 house? Do you agree he should be kicked out? Let us know the comments and don’t miss watching Big Brother 20 on CBS.

Be the first to leave Comments for ‘Big Brother 20’: JC Accused of Kissing Tyler While He Slept