The former RHONY star took a break from disaster relief to attend the swanky awards show. 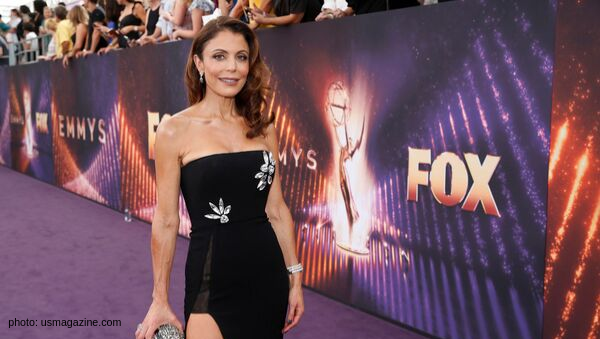 Former Real Housewives of New York star, Bethenny Frankel, took a break from disaster relief to attend the Emmy Awards. Per B’s Instagram post, she was “Celebrating the #RightToBearArts with @thecreativecoalition during #Emmys weekend!” The humanitarian took time to say thank you for honoring her work with #BStrong.

In my humble opinion, the nominating committee for the Emmy’s missed the mark by not nominating Bethenny for an award for her Miami meltdown. That was the best performance of 2019 – across all genres.

Though B wasn’t feeling her best, that didn’t stop her from shutting down the awards show with her sleek little black dress. A fan commented, “You don’t need a stylist when you have great taste.” What can’t Bethenny do?!?!

Still under the weather but had to PONY UP for #Emmys weekend! #hello

In case you missed it, Bethenny announced that she would not be returning to Bravo‘s hit series last month. “I have decided to leave the ‘Housewives’ franchise to explore my next chapter,” per B’s formal statement. “It’s time to move on and focus on my daughter, my philanthropy and my production partnership with Mark Burnett, producing and starring in shows which represent a shift in the conversation for women. With the changes in modern culture, I want to highlight the strength, confidence and unstoppable power that women have. My experience at Bravo has been an incredibly magical ride. I am so grateful to them for highlighting my entrepreneurialism and allowing me to pave the way for many women to achieve their goals. I am excited for my future. The best is yet to come.”

Do you think Bethenny’s Miami meltdown was Emmy worthy? Drop your favorite B moments in the comments!