Bethenny Frankel Has Some Sage Advice For Khloé Kardashian About Motherhood

The RHONY star reaches out to Khloé during her time of need. 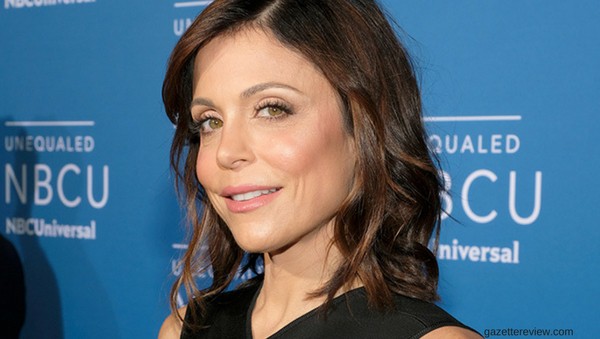 In an example of when two reality worlds collide, Bethenny Frankel has recently taken to Twitter to congratulate fellow reality star Khloé Kardashian on the birth of her new baby, True Thompson. Baby True was born only a week ago, but the drama that surrounded her birth has Bethenny offering up both her sincere congratulations and sounding off with advice on how to handle her rocky relationship with boyfriend, Tristan Thompson.

The Real Housewife of New York  sent out a sweet message last night on Twitter, writing “Congratulations @khloekardashian Motherhood is what “TRUE” love really is.” Awwwww.

Congratulations @khloekardashian Motherhood is what “TRUE” love really is. Xo

Bethenny”s own daughter, Bryn – age 7, has brought a lot of joy into the business woman’s life. In August of 2017, she told The Daily Dish that, “I love being a mother more than anything in the world.” But Bethenny’s horrific divorce from Bryn’s father, Jason Hoppy, has me guessing that this tweet has another connotation completely.

On April 12th,  Bethenny weighed in on the news that Khloé’s boyfriend, Tristan Thompson, had been caught cheating on her with several women, just two days before she gave birth to her daughter. Showing genuine sympathy for the 33-year-old Khloé, Bethenny tweeted that she was “so sorry for @khloekardashian That is absolutely f***ed up & heartbreaking.”

I’m so out of the loop & so sorry for @khloekardashian That is absolutely fucked up & heartbreaking.

Bethenny followed up her tweet, addressing her thoughts on the situation to all three Kardashian sisters. “We’ve all learned the hard way that a man who gravitates towards the cameras & photos [with] us is bad news,” Bethenny writes. Adding that “you can tell Kanye only does it for Kim [because] he loves her.”

We’ve all learned the hard way that a man who gravitates towards the cameras & photos w us is bad news @khloe @KimKardashian @kourtneykardash You can tell Kanye only does it for Kim bc he loves her.

Bethenny is no stranger to love’s twists and turns. In 2012, Bethenny and ex-husband Jason Hoppy separated after 2 years of marriage. The two had appeared together on the reality show, Bethenny Ever After, which showed their courtship, the early stages of Bethenny’s pregnancy, and their eventual marriage. However  E! News reports that things quickly soured once the cameras stopped rolling.

According to the report, the two have been fighting over money and for custody of daughter Bryn since their separation. Things turned scary when in early 2017 Hoppy was was charged with aggravated harassment and stalking Bethenny, accepting a plea deal for that charge later that October.

So yeah, Bethenny knows a thing or two about men who aren’t all that they seemed to be.

The reality star even sounded off  with advice, telling a New Zealand radio show, RadioLIVE with Ryan Bridge and Lisa Owen that Tristan, “must be utterly stupid, not to mention insensitive. He must have no conscience or morals whatsoever,” she tells them.

“Men who are posing in a bunch of pictures right away and jumping onto the television show, loving that Kardashian fame – that’s a red flag,” she adds.

Speaking of who would be a good match for the uber famous Khloé, Bethenny says that, “maybe [Khloe] should try to date somebody a little more low-profile. It’s hard… but maybe a civilian. But then maybe a civilian wouldn’t want to be in the middle of all that. It’s tricky.”

As for her own love life, Bethenny says she is strictly keeping things on the down-low. “I’m attracted to men who don’t have an Instagram account, don’t want to be on television – if they have to be, it’s because I’m asking them to, just because the audience would like to see what’s going on in my life,” she tells Ryan and Lisa.

All things considered this is some pretty sound advice, though it may not be possible for a Kardashian relationship to avoid the trappings of fame.

My only question is, does Khloé know who Bethenny is?

Tell us what you think about Bethenny’s advice in the comments!