Below Deck: Was Ashton Pienaar's Near Death Experience Staged?

Conspiracy thories are floating around this accident. 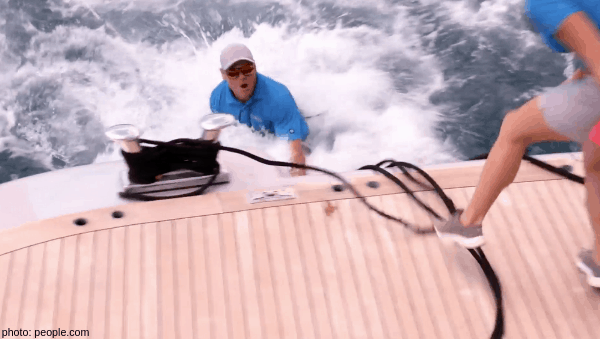 After watching Below Deck this week, Ashton Pienaar seemed lucky to be alive. I went on an emotional rollercoaster simply watching the accident that forced him overboard. I can’t even imagine how scared he must have been. Thank goodness he is safe and is beginning his healing process.

Captain Lee Rosbach was emotional as he explained, “We were within 30 seconds of him dying. I’d have to call his parents and tell them their son is dead and I’m responsible. I don’t know how to deal with that. I have kids. And I don’t know how I’d make that call.”

in all seriousness, Ashton survived the accident on tonight's #BelowDeck thanks to not one, but multiple, separate miracles.

First start w/the set up in the blind spot from the cameras. Rylee is ready, Ashton is ready Bravo is ready. Why didn't Rylee, Ross, Tyler or Deck Crew tie off the cleat, it takes a second? Are they all actors? Why did a Bravo film crew guy have to do it? pic.twitter.com/sj7MGjswIH

None of the Deck Hands or Capt. Lee helped him. A camera man for the show stopped filming to help Ashton?? Rylee was right there so was the other Bosun?. Wtf? Miss Boat Capt.??? can't help Ashton or the Bosun? It didn't seem like a priority.

I appreciate good ole Captain Lee coming out with a statement about the incident.

Camera Man Brent= A fine example that not all heroes wear capes. I hope Brent gets all good karma in his future.

Kudos to that brave cameraman #BelowDeck

What swam through your mind as you watched Ashton plunge into the water? Did you think it looked staged? Was I the only emotional wreck while watching? Please tell me your thoughts down under.

Be the first to leave Comments for Below Deck: Was Ashton Pienaar’s Near Death Experience Staged?