Lisa Vanderpump's diamond will be held by a new Housewife for RHOBH's tenth season! 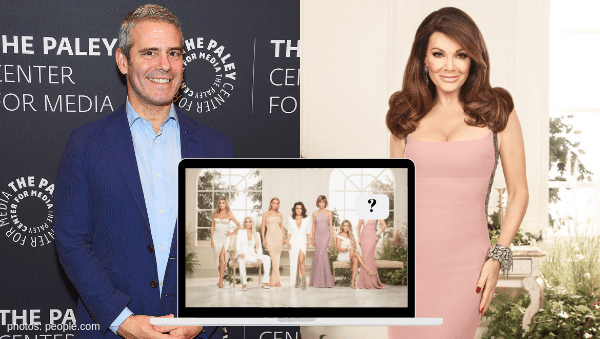 Andy Cohen confirms Lisa Vanderpump will be replaced for the upcoming 10th season of the Real Housewives of Beverly Hills. LVP dropped the bomb over a month ago that she would not be returning to Bravo‘s hit show.

What does that mean for the future for RHOBH? “I think it’ll go in new directions,” Andy admitted to Hollywood Life. “[Lisa] obviously has been such an integral part of the show since the beginning. There’s no replacing her. But we have a team of all-stars on the show.” Bravo’s daddy continued, “I mean, if you look at that cast, it’s like…It’s a powerhouse group. So I’m excited to see where it goes.”

Though Andy didn’t drop any names, he did tell HollywoodLife.com late last month who he would “love” to replace LVP – with none other than fellow Bravoholic, Chrissy Teigen.

Which ‘new direction’ do you think RHOBH will take? Tell me your predictions in the comments!

Which of the ladies has your favorite look?

The Circle's Seaburn Williams Spills On The Art Of Catfishing, Dating, And More!

"I was a little shocked my doggone self. I'm doing GOOD!"

Which of the housewives do you think contracted the virus?

Which of the season 15 housewives would you like to return for season 16?

Find out which pop icon's ex-wife may join the RHOM cast!

We have a special announcement before we start the episode 💕 and at this point, you are all apart of the family as we share the family gossip

The Season 11 RHONJ Trailer Is Here

Which of the storylines teased are you most excited for?