90 Day Fiance: Jennica Rosenbrook Is The Unlikely Voice of Reason

Eric's youngest daughter, Jennica, is wise beyond her years. 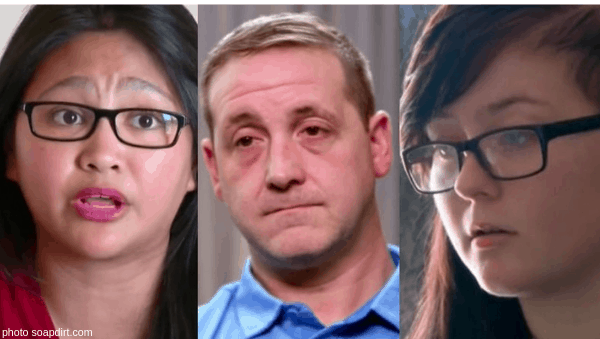 90 Day Fiance fans are relieved that someone is standing up for Tasha Rosenbrook. Last week, we saw Leida Margaretha force nineteen-year-old Tasha from her home while her father, Eric Rosenbrook, did nothing to stop his fiance. 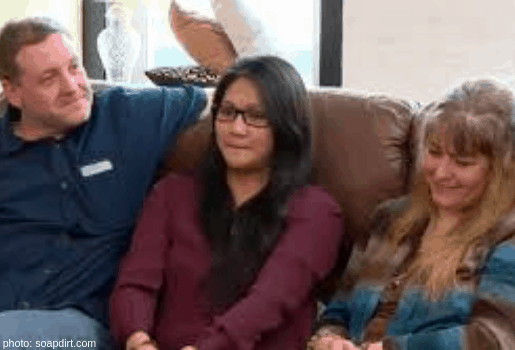 Thankfully, Tasha’s level-headed mother, Tania, intervened. She was very ‘proper’ in her approach with her ex’s new fiance in regards to her behavior towards Tasha as well as the other daughters they share. Radar Online got hold of the police report that said noted what Tania told the officers on duty: “that her other child does not want to go stay with Eric anymore because Leida belittles the child and makes fun of her.” What kind of father would allow someone to talk to their child that way? It’s appalling.

I’m not a mom, and that’s probably a good thing with my temper. I would 100% lose my sh!t if anyone spoke to my child the way Leida talks to Eric’s daughters. Tania has the patience of a saint. Clearly, all of Eric’s daughters’ likable qualities (and they are plentiful) come from their mom. Sadly for the Rosenbrooks, Leida is unreasonable and did not hear a word Tania had to say. Leida has one priority, and that’s Leida.

In the new teaser for next week’s episode, a surprising hero rose for Tasha and that warrior was pre-teen Jennica Rosenbrook, Eric’s youngest daughter. There appears an extremely uncomfortable gathering between Eric and his three daughters for a family meal to clear the air. They meet at a restaurant, which was probably a good idea, considering it is mutual territory away from Leida. All three girls appear calm and direct in their approach with their dad. They seem clear in their love and support for their newly kicked out sister, Tasha, and the way their soon-to-be stepmom treats her is unacceptable.

Not only does Eric not comprehend what his children are telling him, but he also keeps reinforcing how important it is to HIM that they attend his wedding. What a selfish man. Jennica has more maturity and class in her pre-teen pinky than Eric has in his entire being. His daughters (and ex-wife while we’re at it) deserve better. Tasha was SO VERY WRONG last week when she said her dad was too good for Leida. They are a match made in hell.

All Eric cares about is his stupid wedding. He and Leida are perfect for each other. #90DayFiance

I feel a need to take another shower this evening after hearing Eric say he plans on putting his wants over his children’s needs. Dirty. Can’t he at least wait until the youngest is 18 years old? Isn’t that the LEAST he can do at this point? Eric is such a vile human being. He and Leida deserve one another. I’m not alone here…

Just saw #90DayFiance first look at next episode and Eric literally says he spent 20yrs making decisions for the kids, time to make them for himself…it’s his last shot at love. WHAT AN ASS! He’s the most selfish pathetic piece of crap father/man/human being.

This is a tough situation, as Eric’s oldest daughter is barely 20 years old now. I never want to see a family divided, but this is far from a typical scenario.

Do you think the girls are right in expressing their feelings and concerns to their dad, or should they support him regardless of how they feel? I feel very strongly AGAINST Eric (if you can’t tell) but I’m very curious to hear your honest feelings in the comment section below.

Be the first to leave Comments for 90 Day Fiance: Jennica Rosenbrook Is The Unlikely Voice of Reason