The feisty Brazilian has multiple domestic violence charges against her. 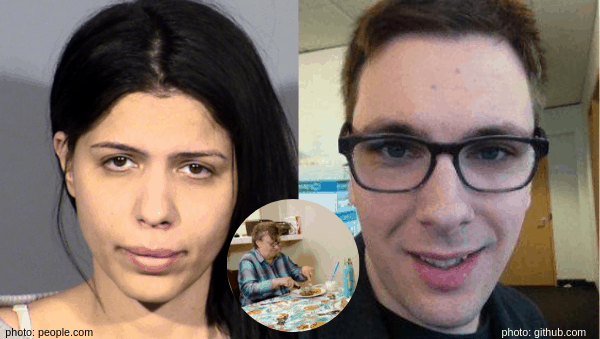 Cameras are on the roof across from courthouse to catch a glimpse of Star of reality show “90 Day Fiancé,” Larissa Dos Santos Lima, in Las Vegas Justice Court on domestic violence charges. #90dayfiance pic.twitter.com/881jGMHI9p

Larissa’s ex-husband, Colt Johnson and his mother, Debbie Johnson, were at the courthouse early, according to Starcasm.com. The trial was set for 10am April 4th, but Larissa never showed up. Colt and Debbie left upset, understandably.

UPDATE:
Larissa Dos Santos Lima has not shown up for court yet. Her husband, Colt Johnson, whom she allegedly assaulted, waits for the elevator with his mother, Debra Johnson, and an unidentified man. He subsequently left the building. #90DayFiance pic.twitter.com/Fwlq4fBYVG

Inquiring minds want to know, what does that mean for the star of the upcoming season of 90 Day Fiance: Happily Ever After? Starcasm spoke with Larissa’s attorney. They reported, “The case is being negotiated between myself and the district attorney. We continued the case for an opportunity to continue working on a resolution.”

Larissa is active on social media with her new boyfriend. Colt and Debbie are living together again. No comments have been made by Cookie Dough.

What do you think should happen as a result of Larissa not showing up? Spill it in the comment section!

Be the first to leave Comments for 90 Day Fiance: Larissa Dos Santos Lima No-Shows At Court