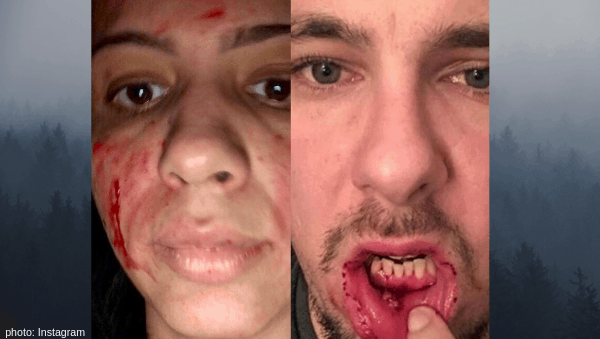 The Las Vegas Metropolitan Police Department was called in response to a domestic dispute at the Johnson’s home. The cause of the argument….porn. The result, a bleeding Larissa Dos Santos Lima and Colt Johnson.

https://t.co/pDhdGIDom4 wtf is going on?!

Larissa wasn’t the only victimee here. Looks like the fiesty reality star fought back.

This was sent to me by a close friend of Colt’s and in the spirit of fairness I’m posting it. #90DayFiance pic.twitter.com/eQMEwok8FF

While the police department investigated, Larissa and Colt rushed onto social media to tell their sides of the story. I have a feeling this is going to be a case of ‘he said,’ ‘she said,’ and then the truth.

This was a social media post from a few days ago, in case you missed it. More accusations from Larissa… 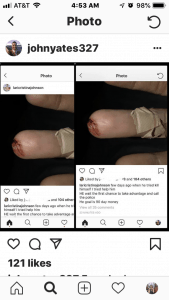 As if that’s not bad enough, Larissa accused Colt of pedophilia, as well as physical abuse.  I wonder if she has any proof for the pedophilia accusation… Does anyone else think its insane that Larissa and Colt keep giving this information to a blogger?

Larissa just asked me to post this about Colt – alleged wifebeater/pedophile. #90DayFiance pic.twitter.com/x7XDDHZNs4

The only information fans have in regards to this incident are from the couple. Just so you know, Colt posted the picture of him beat up then deleted his Instagram account. On the other hand, Larissa has used her social media as a tool to give her side of the story: 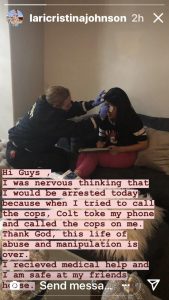 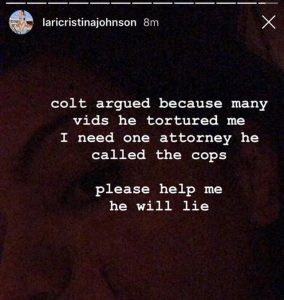 Obviously, this marriage is doomed. Larissa and Colt are not making good choices, so let’s help them out. What advice to you have to Larissa and Colt? Drop it off in the comment section below!