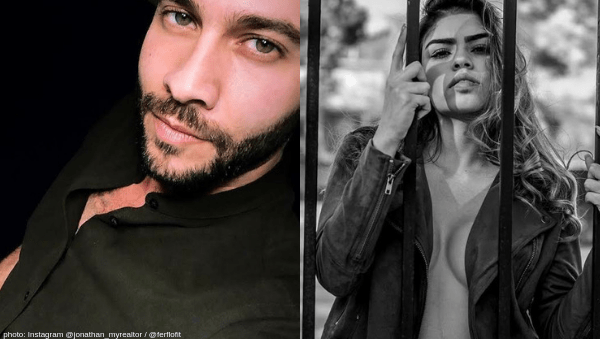 It looks like things are getting ugly between Fernanda Flores and Jonathan Rivera. 90 Day Fans saw the couple get married on the show in December, but  fans noticed the couple did not post photos together on New Years Eve. Jonathan (32) told In Touch, “things change and people change.”

Fernanda (20), on the other hand, went on a twitter rant, then deleted her tweets. According to Us Weekly, Fernanda posted “NARCISSISTIC TRAITS,” along with the following descriptions:

“Nothing will ever be his fault.” She continued, “He’ll never be there for you. Ever. No matter what.” Fernanda explained, “He will never see you, your need, your love, your pain, your loneliness, your accomplishments. Everything will be about him. His way or the highway. He’ll never, ever admit being wrong. He’ll be angry with you every single day.”

In Touch Weekly said the list went on, “Silent treatments and neglect can and do go on for several weeks at a time, especially if you point out one of his flaws. When you finally leave, he’ll invent stories about you. While you do everything possible for your relationship; he’ll do nothing. You’ll start to feel like you are a 100 years old.”

I’ve always been on Team Fernanda, but that was messy. Airing your dirty laundry is never a good look, but this is 90 Day Fiance after all. What did Jonathan expect after proposing to a teenager? So. Many. Bad. Decisions.

Where do you stand after this latest social media storm? Team Fernanda or Team Jonathan? Tell me why in the comments below!

Be the first to leave Comments for 90 Day Fiance: Fernanda Flores Spills The Tea….