Is Liam the worst, or is he right? 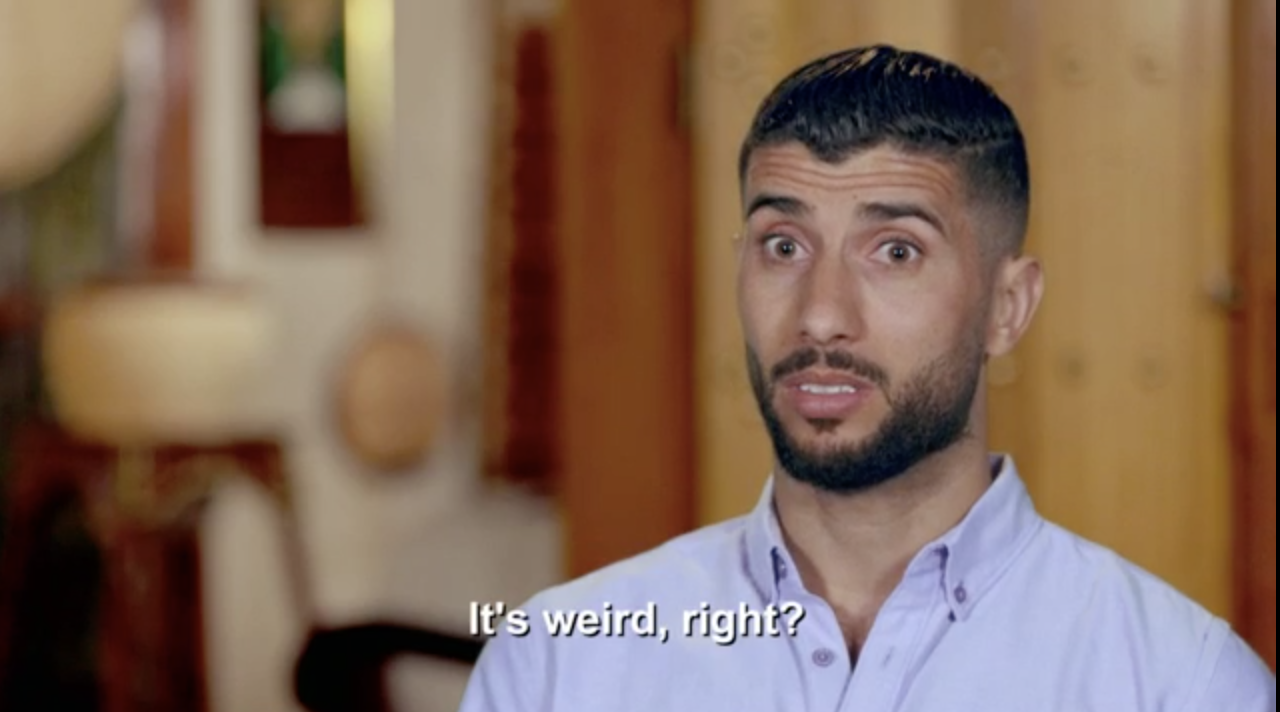 Guys, this Laura–Liam–Aladin thing is a hot mess. And I know that Liam is acting like a royal a$$hat in Qatar, but whoa! Laura has lost her actual whole dang mind on social media this past week, which begs the question: Did Liam know more about his mother’s instability than Aladin ever did? The answer is looking like yep, absofreakinlutely. Okay – let’s get into the show. 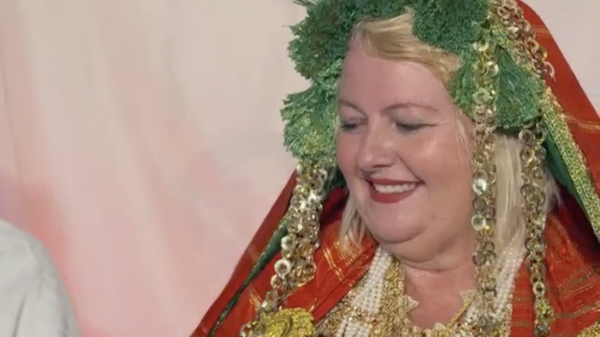 It’s night two of Laura and Aladin’s 3-day wedding: Money Night! While this might sound fun, it’s actually an event which involves people throwing cash at the groom while the bride sits on an elevated loveseat, decked out in 40 pounds of Mr. T’s gold chains. 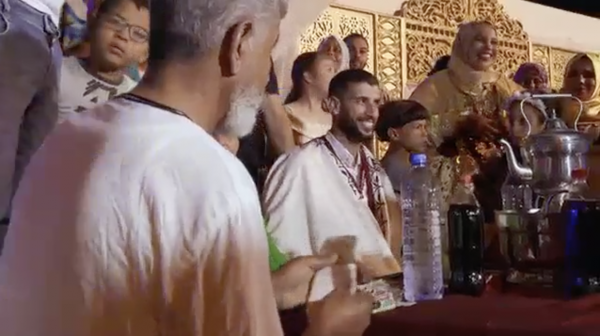 Laura tries to put on a happy face, but is crushed that Liam has ONCE AGAIN refused to attend the ceremony. “He has diarrhea,” lies Laura. Aladin’s like, pssshhhhhhht! He needs to stop being a brat and get his crapped-in pants out here! Basically, Aladin calls Liam’s antics out for what they are: petty and weird.

After Liam ghosts them for the second time, Aladin decides to take him on a trip to the public baths, where they will ostensibly “bond.” Erm…Nope. NOT. GONNA. HAPPEN. 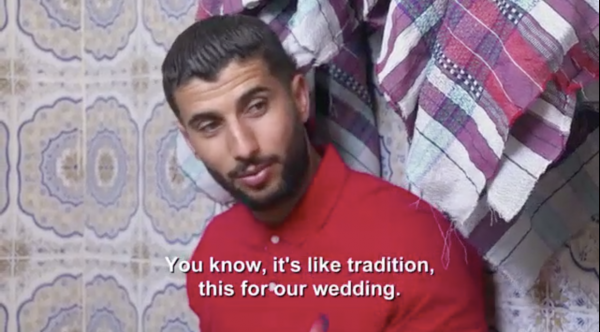 Once there, Liam tells Aladin he doesn’t support his mother’s relationship with him, and he predicts it will fall apart just like all of her previous ones. Ouch! Aladin tries to appeal to Liam’s loyalty as a son, asking him to attend the third wedding day simply to make his mom happy. Will he? Who knows. 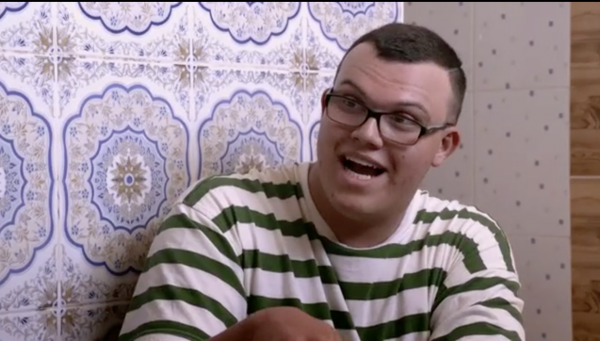 What we do know is he won’t be attending any baby showers in the future though. Because – yo! – Liam goes HAM on Aladin when the subject of “creating a new family” with Laura is mentioned. “I draw the line at my mother having another baby!” shouts Liam, who’s about to take his tiny cowboy hat and blow this popcorn stand. Aladin thinks Liam is being an immature a$$hole (which he totally is), but Liam thinks he’s just speaking the truth based on his experience (which he also is).

Corey heads back to Ecuador after mourning the loss of his father. With only 30 days left on his visa, will Evelin agree to marry him? Corey isn’t sure, but he’s going to try. But, damn! Watching Corey and his mother tearfully hug goodbye is heart wrenching. I have a feeling he’ll be back in Washington in 30 days or less. 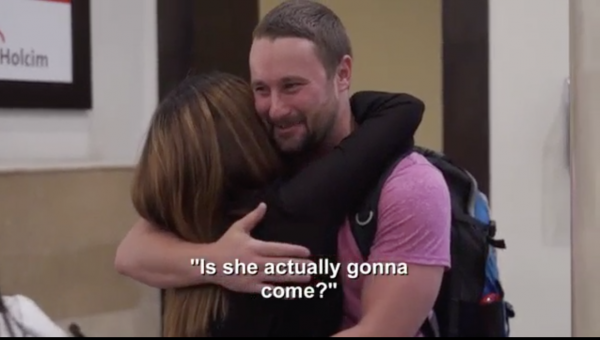 At least Evelin finds it in her black heart to pick Corey up from the airport this time! She even cooks him dinner and gushes about missing him for good measure! Also, she’s finally blocked her ex on social media. 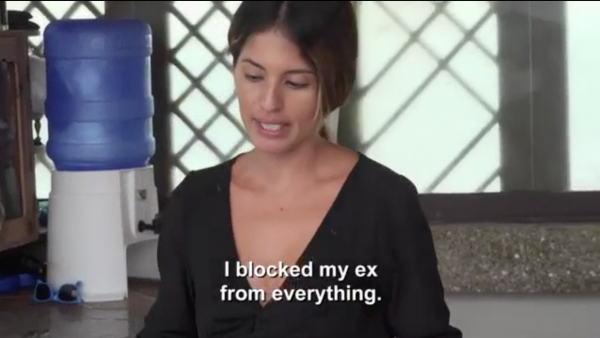 But is she ready to marry this dude? The answer is still no. I guess he’ll have to find that out the hard way. Let’s hope there aren’t any card tricks planned between now and then, if only to save the one remaining shred of dignity Corey may be clinging on to down there.

Finally getting a night out together without the baby, Jihoon and Deavan head to a local street market where food and drink and festive vibes abound. There, they meet Jihoon’s friends, who get Deavan drunk and assure her that Jihoon isn’t an active criminal anymore. Sure, he used to travel to China to sell stolen phones, thereby committing the occasional international crime. But no more! Or something. 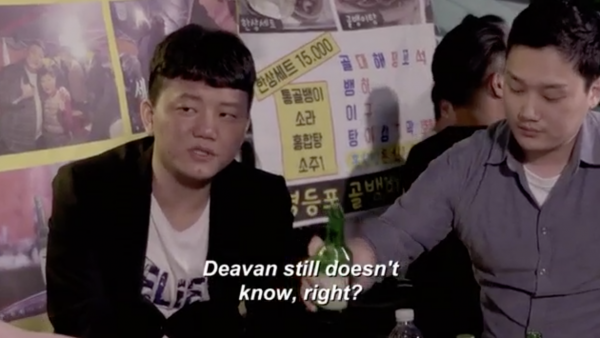 Deavan wobbles a bit on her stool, hoping that the six words they have in common are being understood correctly and that Jihoon isn’t selling stolen sh*t anymore. Still – Deavan is scared that she doesn’t know “the real Jihoon” because, ummmmm, she doesn’t! All Jihoon can say when Deavan finds out about the particulars of his criminal enterprise is, “Oh sh*t.” 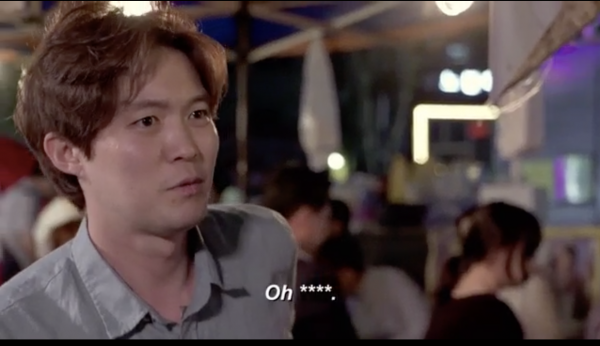 He is the father of their son though, so she’s pressing forward with the plan to legally marry him. But Deavan only agrees to sign the marriage license if Jihoon turns the entire management of their finances over to her. “My money your money,” he agrees as they later drive to the courthouse to make things official. 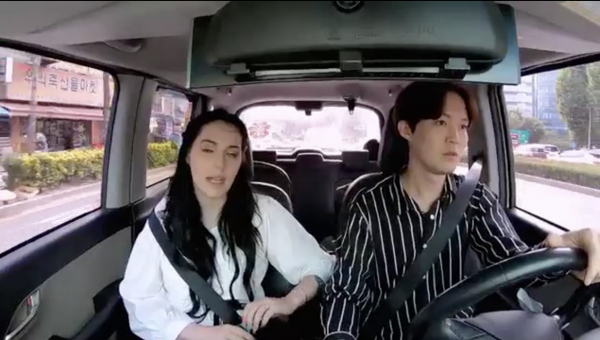 After they exit the building, apparently they’re…….um, married? Wait – what just happened!!??! “It doesn’t even feel like we got married. It just feels like I turned in homework,” sighs Deavan, who literally signed some papers inside that building and became Mrs. Jihoon in what appeared to be less than 60 seconds. WTF.

Look, there’s not much to say about what a dirtbag Sumit is for doing Jenny like this, except that he’s a lying liar who lies. Sure, he finally admitted it (or, as some theories argue, Jenny found out a while ago), but still! THIS MAN HAS A WHOLE ENTIRE WIFE BACK HOME, yet dragged Jenny to India under the pretense of applying for marriage licenses, trading rings, and clipping her toenails for life. It’s just wrong. 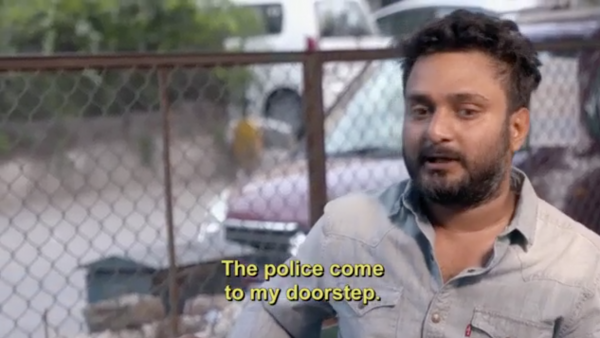 In any case, Sumit is under house arrest by his family and his in-laws’ family, who are likely giving him ritual beatings and parading him through the public square to be spit on. At least, we imagine some f**kery like this may be going on – right?!? #DreamBig #JusticeForJenny #StillWaitingOnChristinaAndJen 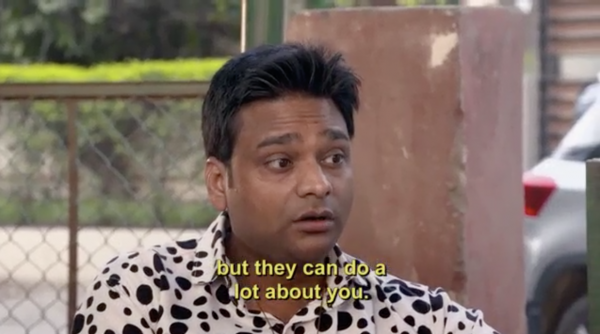 Finally allowed out to film a scene with his friend, Sumit sits on a park bench and recounts his sordid tale. His friend, who also lied to cameras for Sumit, is basically all: YOU ARE A DEAD MAN, DUDE. He then reminds Sumit that his family might not be able to do anything to Jenny (legally), but they can certainly do a lot to him. They can, in fact, accuse not only Sumit – but his entire family – of all sorts of crimes that would put them behind bars for a very long time. WHAT! 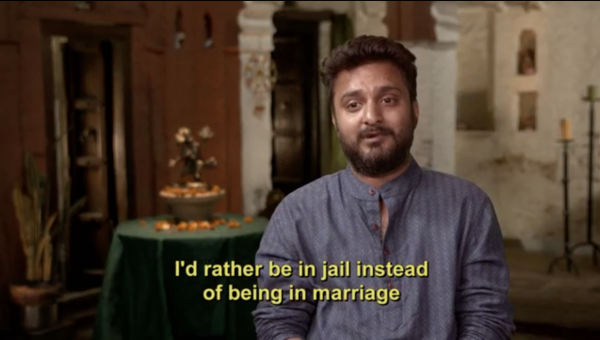 Lord almighty. The Sumit and Jenny situation, as they say in the movies, is dire. Channeling a Shakespearean tragedy, or maybe just a teenage rom-com, Sumit finally proclaims that he’d rather be in jail than stay in his loveless marriage!

Okay, sir. Calm your tits. Or at the very least, please get a plan. And Jenny – just get your bags packed, girl! Even if you are in love, it’s over. This ain’t no Nicholas Sparks novel. And if it is, it’s the most depressing one I’ve ever not-read.

Is Liam the worst, or is he right? What options do Jenny & Sumit have left? Comment below!

Be the first to leave Comments for 90 Day Fiance The Other Way Recap: Torn