Home > Buzz 90 Day Fiance The Other Way Recap: Chickening Out

90 Day Fiance The Other Way Recap: Chickening Out

Corey has a chicken slaughtered and performs black magic. Yes. This is literally what happens. 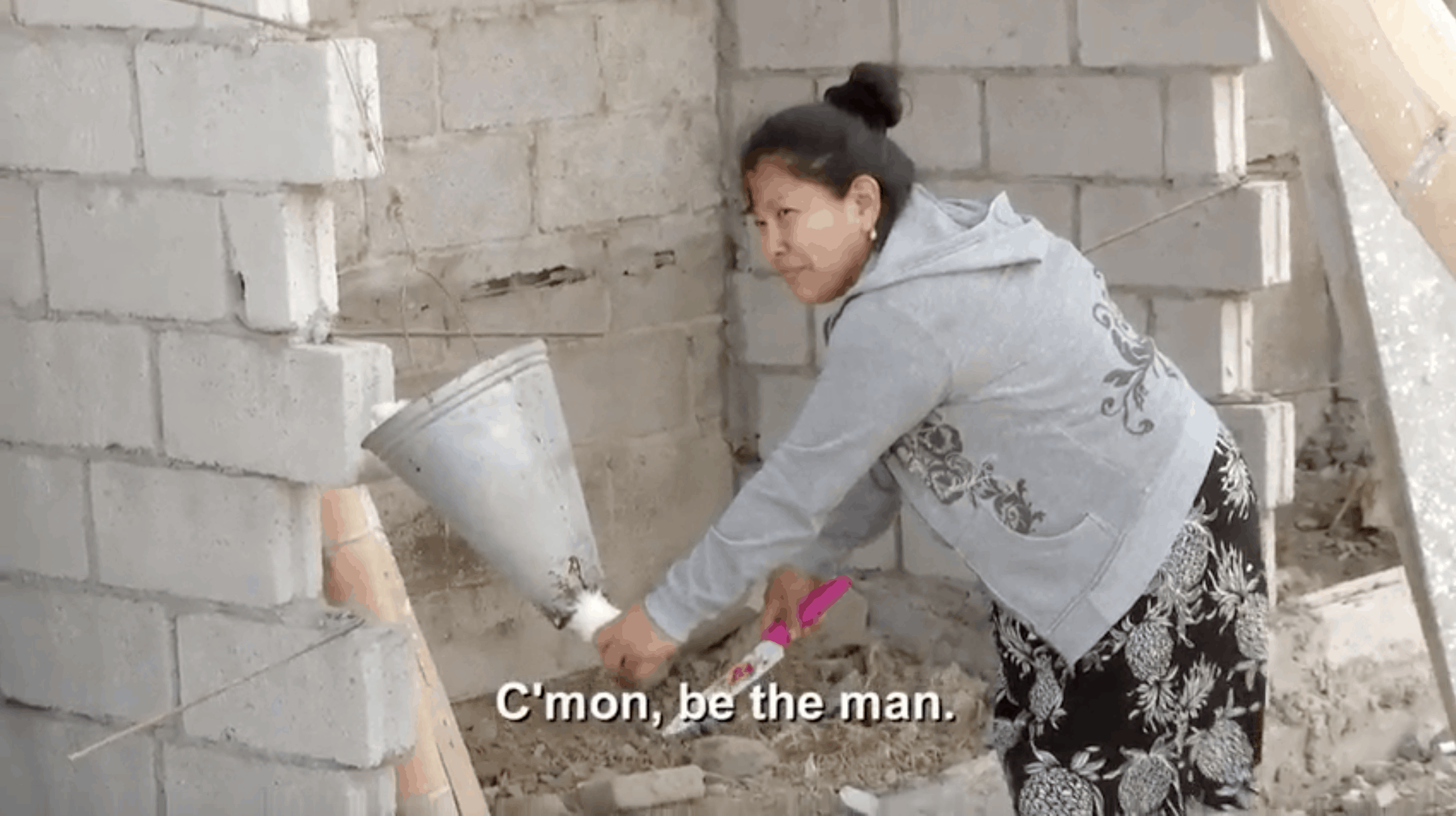 After the raw-bacon and diaper-egg breakfast smelled around the world last week, this week’s 90 Day Fiance: The Other Way seemed almost boring. Essentially, it was a bridge episode to next week’s drama, but, hey! We’ll take it. At least we got to see Corey doing Satan’s work down in Ecuador, which was highly entertaining. The Mormon compound back home must be proud!

Laura has landed in Qatar, and once again we must ask the obvious question: WHY DO THESE AMERICANS TRAVEL INTERNATIONALLY IN JEANS?!?!? Laura strikes me as a broad who knows her way around the Old Navy leggings rack (which I am 100% here for) so I just don’t get it. 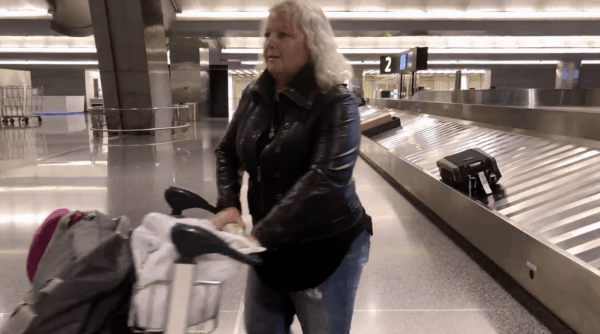 Upon arrival, Laura is greeted by Aladin, a bouquet of lovely flowers, and assorted friends of Aladin. Although she’s not too jazzed about dealing with Friends Of The Groom, Laura poses for the some pics, hugs her beloved, and even allows an illegal kiss to take place in public. Aladin doesn’t care about the law! He’ll grope whomever he wants to! NOTE: Have these people not seen Brokedown Palace? Because I have and believe me when I say I would taser any dude who tried to get me thrown in jail abroad for a makeout sesh.

Back home, Aladin shows Laura the apartment he’s rented for them, which she’s not thrilled with – especially considering the kitchen is made up of a hot plate and janky version of an InstaPot, full stop. But it’s home for now. And it has a bed! With sheets! Time to get jiggy-jiggy. Now, where did she put that coochie cream?

After their disastrous breakfast and Drascilla being…Drascilla…Deavan’s mom comes to the rescue by whisking her grandchild back up to Utah. The adults would like to eat their meals without the aftertaste of dirty diaper, thankyouverymuch. 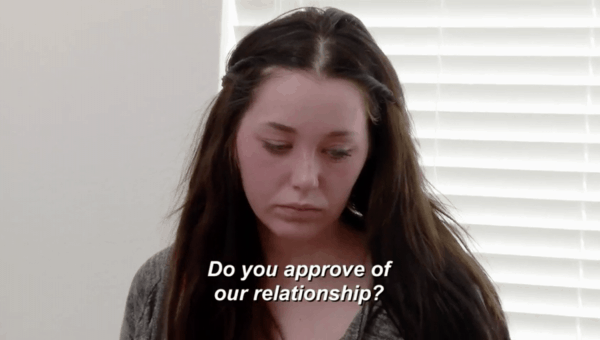 As they eat a much safer meal of takeout after a lovely tour around Vegas, Deavan – with the help of Jihoon and his translator app – asks Parents Jihoon if they “approve of her.” GIRL! Do not ask this question unless you want the brutal truth! Father, and especially Mother Jihoon DO NOT PLAY. But oh my lordt – what is this? Apparently, the parents love Deavan, are smitten with Drascilla, and fully approve of the marriage. Whaaaaaaaaaaa? 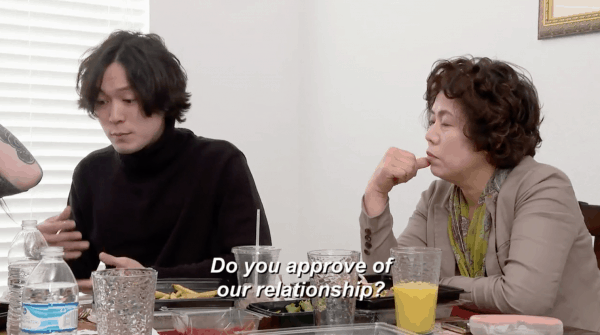 The whole table laugh their a$$es off, Jihoon’s parents hug Deavan and reassure her that they love Drascilla too (!!!). And I don’t know what this strange glitch in the Matrix is, but I am SO IN LOVE WITH THE FAMILY JIHOON I CAN’T EVEN DEAL. Please, TLC, give us more of these people. This is the spinoff we deserve. #WeAreHamily

Tiffany and Ronald’s dinner scene this week was all about the bachelor party aftermath. Not much to report on this front except to say that Tiffany, though she talks a good hard-a$$ game, will obviously forgive Ronald for anything. Sure, she’s pissed about him going to bars, humping kegs, and allowing a very pasty-skinned stripper to grind all over his gentlemen bits. 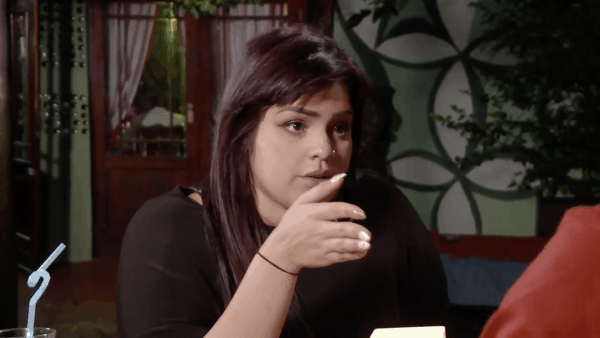 But will she leave him? NOPE.

Ronald promises to “never break her trust again” – or at least for the next 48-hours.

Once again, the epic love story of Jenny and Sumit is here to restore our faith in catfishing DMs everywhere. And I am HERE ALL DAY EVERY DAY for Sumit clapping back at the haters – this week, in his local restaurant.

Jenny and Sumit don’t have money, jobs, or hot water, but they’ve got each other and that’s all that matters. Basically, their theme song is Bon Jovi’s Livin’ On A Prayer. Sumit’s theme song this week is also Mama Said Knock You Out because our boy is ready to STRAIGHT UP FIGHT the table of sneering strangers next to them at dinner after he overhears them making disparaging remarks about Jenny. GOOOOO SUMIT! He’s kind of an tiny, unexpected bada$$, no? 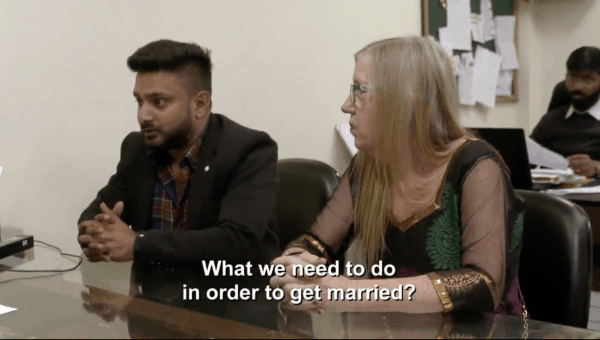 Jenny doesn’t want Sumit getting himself in trouble for her, but is secretly thrilled to have a dude fight for her honor so fiercely. When they head to a government office later to ask about the requirements needed for a marriage license, their hopes are delated. They find out that the notification of marriage licensing will be sent not only to their temporary residence, but also to Sumit’s primary residence, which is his parent’s house. OMG. This is no bueno.

Despite going on national TV to tell the world he’s marrying Jenny, Sumit still wants to keep this a secret from his parents. Jenny sobs outside the office, reiterating how much they’ve been through to get here. “Who can make a long distance relationship work for SIX years? But we did!” she cries. “What a blow we’ve suffered.” 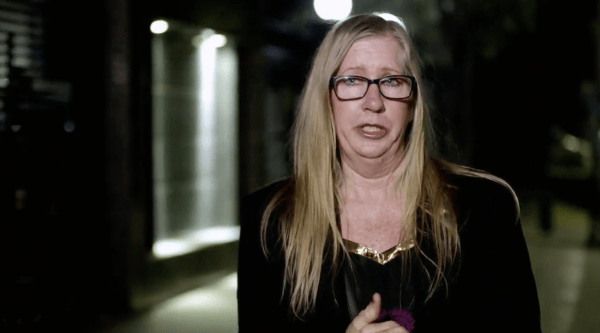 Sumit wraps his arms around Jenny, promising that he loves her and that nothing will tear them apart!!! Damn, you guys. I love this couple so much. Their story gives me all the feels and I now question everything I’ve ever thought about very photoshopped catfishers piling up in my DMs. KIDDING! But maybe not…? Wtf.

In an effort to bond with Evelin’s family in Ecuador, Corey has a chicken slaughtered and performs black magic. Yes. This is literally what happens. And it’s delightful. 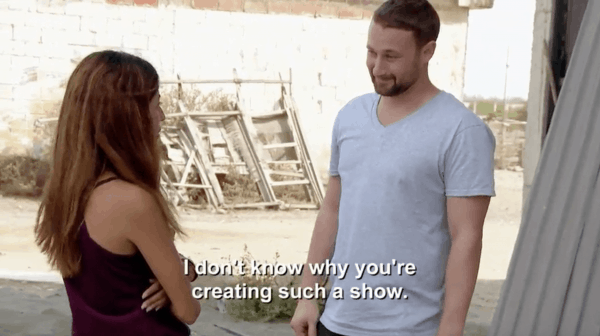 Evelin wants Corey to assimilate into her culture, so she suggests he bring the chicken to her brother’s birthday party as a gesture of goodwill. Only one catch: Corey must choose a live chicken from the local farm, bond with it romantically, then watch it get slaughtered in a bucket first. Corey reacts to this process as if he’s about to get a routine shot at the Doctor’s office, which is to say he throws a grown man hissy fit.

The chicken farmer and Evelin scoff at Corey’s fancy-pants ways, reminding us that men in their country are far less wimpy than this dude. But no matter! Because Corey literally has a trick up his sleeve to wow the family later that night. Yes, ladies and gentlemen, may I present Corey: Master Of Close-Up Magic. 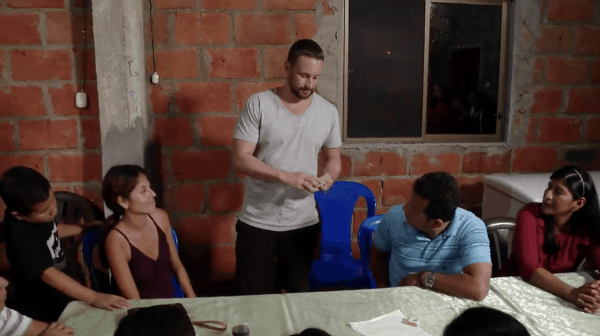 But when Corey whips out his card trick – which involves guessing a chosen card by rubbing ashes on his arm – the Family Evelin stares at him like they’ve just seen the Devil incarnate, and he must be rebuked in the name of Jesus, AMEN. Corey’s like, “Voila! The seven of Spades!” and the Family Evelin are all, “GET BEHIND ME SATAN!!!!!!!!!!!” 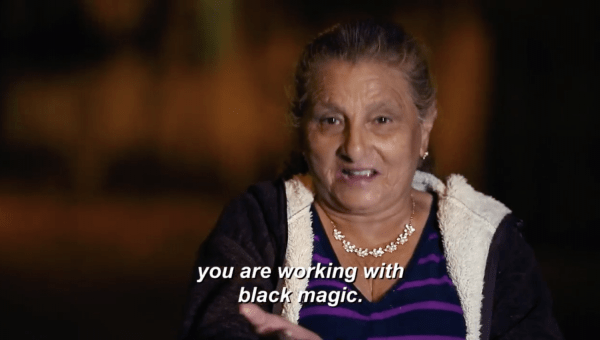 Grandma Evelin is especially freaked the f**k out, practically stabbing Corey in the heart with a crucifix right there over her chicken dinner. She doesn’t want any part of Corey’s “black magic” and says so openly. Evelin, ever the supportive girlfriend, just shrugs her shoulders in a “whatever” brush-off, leaving Corey to stand there like a goober while everyone stares at him, silent and horrified.

Pshhhhhht. What does Evelin care if her family thinks Corey is awful/evil/a member of the freaking undead? She’s already got a bar in her name worth $40K American dollars, and she didn’t even have to marry into the Corey Cult to get it! She’s the one with the real tricks here.

Is Evelin playing Corey? Does The Family Jihoon really accept Deavan? Comment below!

Be the first to leave Comments for 90 Day Fiance The Other Way Recap: Chickening Out