Is Tiffany going to get her Happily Ever After? 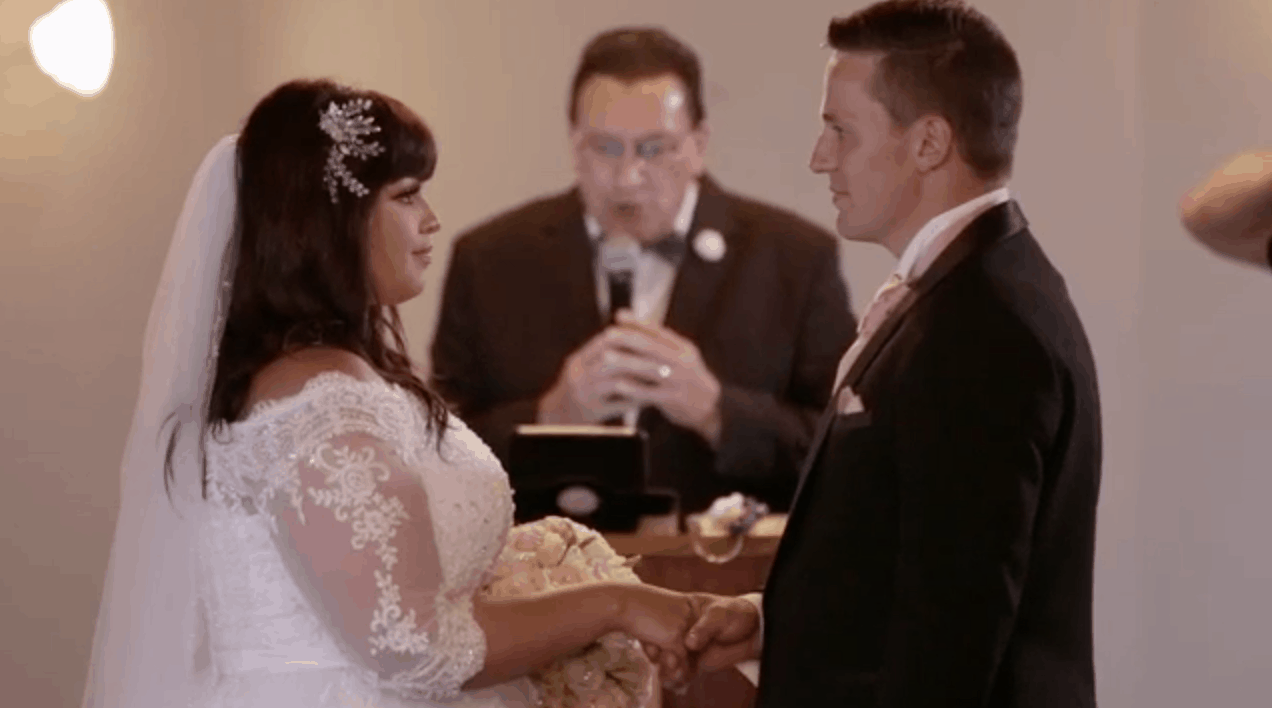 Fellow addicts of the BEST SHOW ON TV, please forgive this week’s mildy-rushed recap. I’m in the middle of moving and promise to come back next week swinging…as soon as I find my laptop, hookup my TV, and finish screaming at my entire family. But in the meantime, let’s check in with our 90 Day Fiance The Other Way disaster artists! 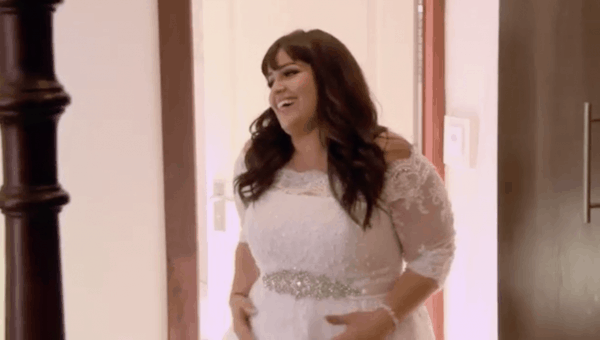 It’s wedding day! Ronald survives picking Father Tiffany up from the Casino, and in a shocking revelation, I’m finding Father Tiffany to be incredibly HOTTTT. Where did this dude come from?!? Tiffany’s sister, Laura, is excited to be a bridesmaid and is in full approval of the marriage. Daniel is a sweetie pie, as usual, and melts everyone’s hearts as ring bearer. 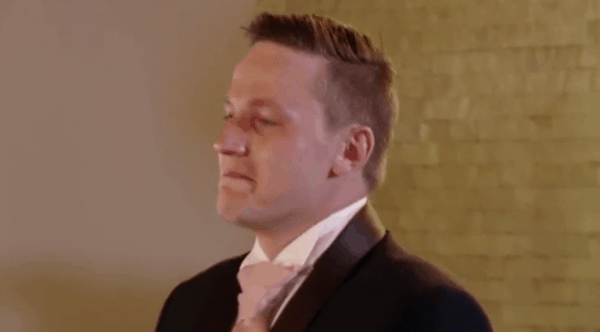 But it’s Tiffany who steals the show, of course, because this woman is simply GORGEOUS. Ronald cries happy tears, knowing he’s marrying so far above his pay grade that it’s practically criminal Mother Ronald is overjoyed at how far her son has come since stealing her fridge six months ago. 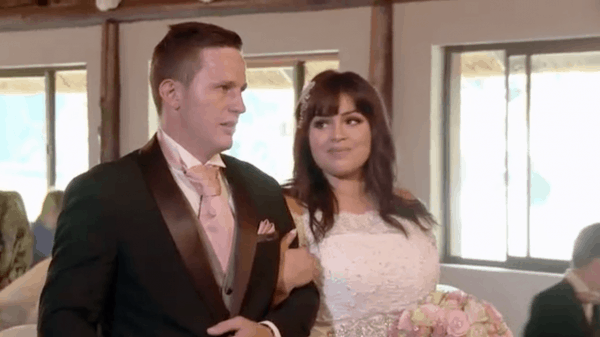 And somewhere out in the bush, a group of men are sitting around at the Wellness Center/Cult Compound chanting, “What do we need? JESUS!!!” in celebration of their comrade’s good fortune.

The day after dildo-gate, Aladin takes Laura to purchase traditional, conservative dress – and “abaya” – for Ramadan. Laura’s all, “No one tells me what to wear!” But in the end, she does agree to wear a giant black tent during Ramadan to respect the cultural norms. 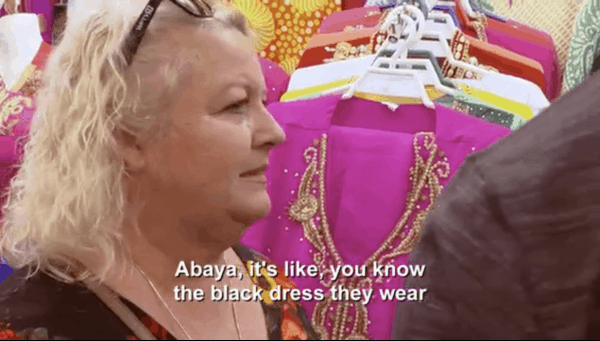 Laura does not agree that Aladin should be able to take multiple wives, as Aladin’s boss tells her later while exotic birds nearly peck everyone’s eyeballs out. Basically, Laura is horrified at the tent/bird compound Aladin’s boss owns, and she is not liking the words coming out of his mouth either. She’s like, “No one tells me what to do! I’m a strong woman!” 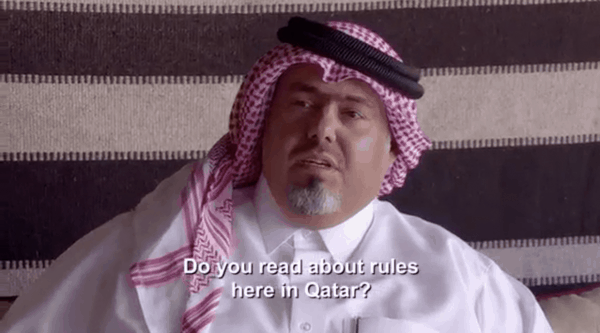 Errrrmmmm, okay, but…question: Does Laura have access to the Google Machine? If so, why is she surprised to learn about these, ahem, “conservative values” in Qatar?

Complications from elevated blood pressure (likely preeclampsia) are causing doctors to demand Deavan have an early C-section. But Jihoon can’t change his flights, which makes Deavan question his commitment. She claims he bought his tickets too soon, but, dude! Jihoon can’t be purchasing last-minute tix on his cell phone repairman budget! 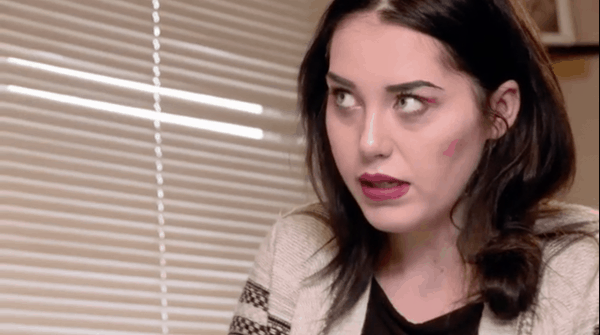 He’s like “F*******K!” when Deavan Skypes him, telling him the news. He’ll definitely need to go cuddle his emotional support puppy after this blow.

The Family Jihoon will have to be wheeled in via laptop to the operating room, witnessing the birth of Deavan and Jihoon’s son from afar. Meanwhile, Drascilla will be pounding six Red Bulls at home, preparing to torment her new baby bro. KIDDING! <not kidding>

Oh, snap. Evelin’s ex-boyfriend was apparently the most popular bro in Engabao, guys. And Corey is having a tough time filling his shoes, mainly because the locals still shout out the ex-boyfriend’s name everytime Corey walks by. LOL! Evelin’s like, “You’re just another white guy to them.” 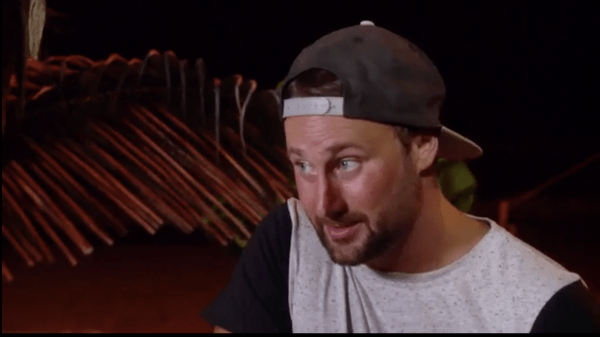 But Corey is horrified that he hasn’t been voted MOST POPULAR BOYFRIEND OF EVELIN since he’s been traveling down here on and off for four freaking years, has opened a public bar for the town, and can be seen doing devil card tricks at local events on the regular. 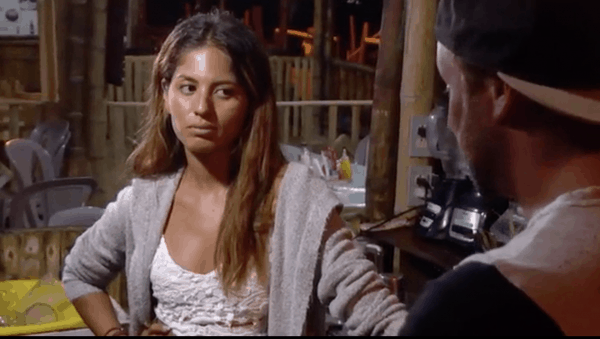 In even more troubling news, Evelin apparently cheated on Corey with her ex, even though she’s claiming the Friends defense of “We were on a break.” Corey is pissed that Evelin still communicates with her ex on social media, but in true form, Evelin just hisses at him and shows her horns, telling him to “stop bringing it up all the time!!!” Damn. This chick is STONE COLD.

It’s time for some apartment hunting in the Amazon! Only one problem: Paul has no income, no savings, and is still considered a domestic terrorist by the Brazilian government. But no worries – he’ll still make all sorts of demands about his living conditions, nagging his pregnant wife into early labor. 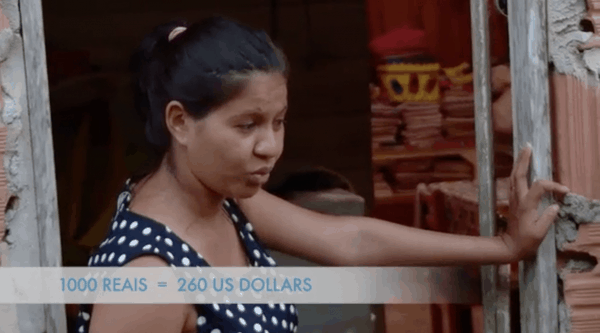 As they tour different apartments, Paul and Karine argue about costs. She is happy with the small, cheap apartment, but Paul – the world class hoarder – refuses to live in such lowly environs! He’d prefer the $1,100 per month place, which is laughable considering he basically got fired as a sh*t-shoveler back in the U.S.

There’s more trouble on the horizon though. Apparently, Karine’s “friend” on social media is raising some eyebrows. Who is this dude?!? She says he sends her money and “is like family” to her. Okay, guys – Paul is a dumb dumb, but even he knows this explanation is a crock of poop water. Therefore, he’s demanding a DNA test for the baby. OMG PAUL. Stop with the crazy a$$ tests already! DAYUM. Karine has peed on more sticks than my dog. 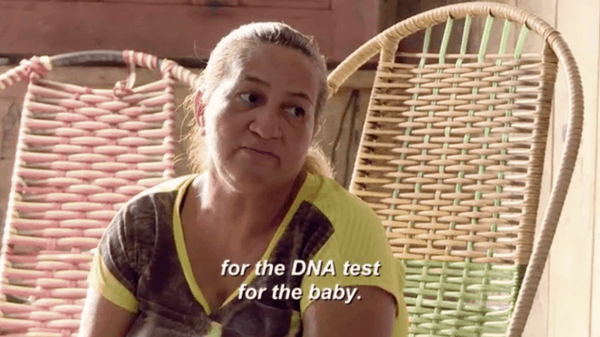 The best part of this scene is ultimately watching Mother Karine’s open hatred of Paul manifest on her face every second that he’s in her presence. But next week, we’re in for a real treat when Paul literally crawls into a doghouse to self-soothe/plan multiple homicides. Who let the Paul out? Woof! Woof! Woof-woof!

Is Paul justified in asking for a DNA test, or is he just a crazy nutbag? Will Laura survive in Qatar? Why is Evelin so evil? Comment below!

Be the first to leave Comments for 90 Day Fiance The Other Way Recap: Blind Trust