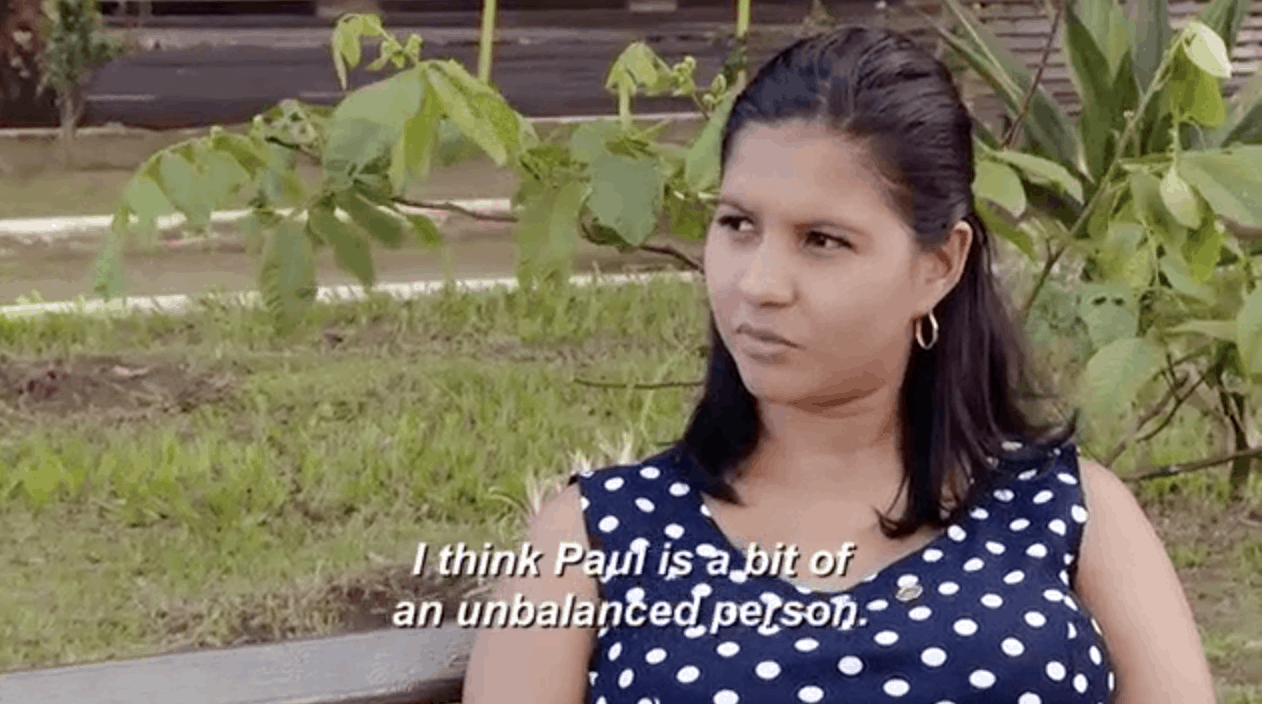 Why is 90 Day Fiance: The Other Way only one hour a week now? I need more! Sigh. I guess we takes what we can gets when it comes to the pure unadulterated joy that TLC is offering us on Monday nights. So, let’s check in with this week’s featured couples… 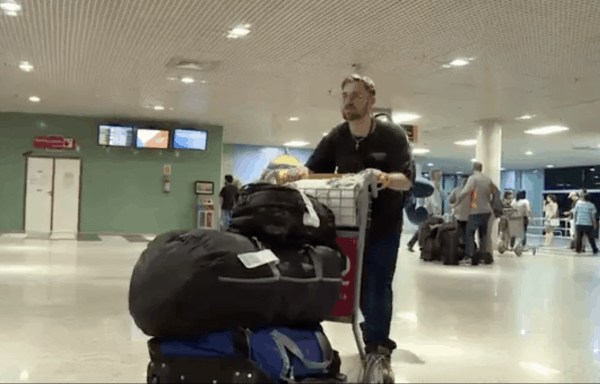 Believe it or not, customs agents actually allowed Paul to travel outside of his home country, once again sending him to Brazil. This time, he plans to stay there “for good” (or until he needs to make a Walmart trip, which was apparently this month according to Instagram). In an effort to surprise Karine, Paul busts in on her/their apartment while she’s sleeping, triggering her to panic that a thief-murderer has broken in. And she would be mostly correct. 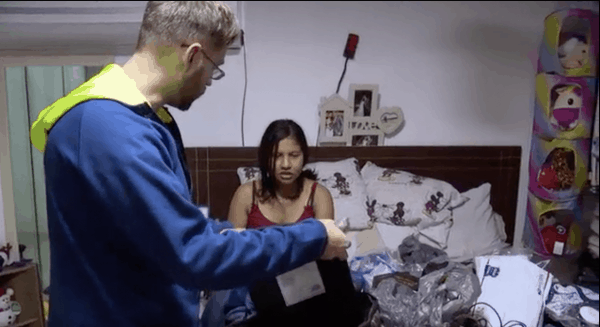 When Karine comes to, she finally throws her arms around Paul, looking somewhat pleased that he figured out a way to successfully travel with fewer than 5 giant crates o’ crap. Earlier in the episode, we saw Karine and her very astute brother talking about Paul. Brother Karine sums it up best when he proclaims, “Paul is an unbalanced person.” Yes. Yes he is, sir. Karine knows it, we know it – even Mother Paul, who is just recently regrouping from her airport trauma, knows it. But what can Karine do about it now? She’s married, she’s pregnant, and she’s got Paul to thank for all of those weird stuffed animals on her bed.

Brother Karine also scoffs at Paul’s laziness. “He doesn’t work. He doesn’t learn Portuguese,” he says. “How will he support you?” Karine, who has diligently been taking English classes, is making an effort to at least communicate with her husband on a BASIC level. I mean, girlfriend is straight up sick of using that translator app to tell Paul to go f**k off! 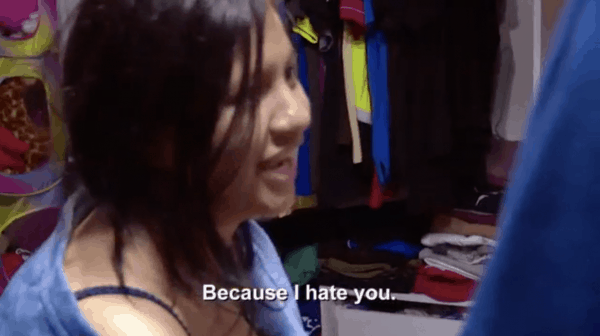 Despite these efforts, Paul makes their reunion all about himself, complaining that Karine isn’t grateful enough that he’s there, and that he didn’t pack “the right stuff” after all. Apparently, he thought the bullet proof baby Bjorn, camoflauge diaper bag, and 2-tons of Paul-Is-Paranoid-Of-Brazil hazmat gear were the winning items. Karine doesn’t quite have the vocabulary to tell Paul that he is a terrible decision maker and/or a selfish child. But we trust that she will develop those useful skills soon enough. 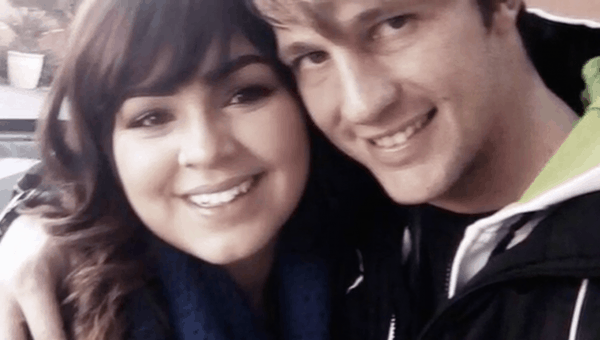 Damn. This segment of the show was the saddest sh*t I’ve ever seen, and I watched every minute of Mark & Nikki’s serial killer season on that depressing pond. First of all, Tiffany is making the terrible choice to fly to South Africa and marry Ronald a WEEK AFTER HE LEAVES GAMBLING REHAB. In fact, she’s picking him up at rehab the very day he’s discharged.

But the saddest part of all is the fact that she’s taking her son, Daniel, along for the ride. Daniel is one of the most eloquent and expressive 8-year olds I think I’ve ever seen on The Learning Channel (™), and my heart nearly broke when he was tearfully hugging his bestie goodbye. I AM NOT OKAY. (Are you okay? Let’s support each other in this time of crisis.) 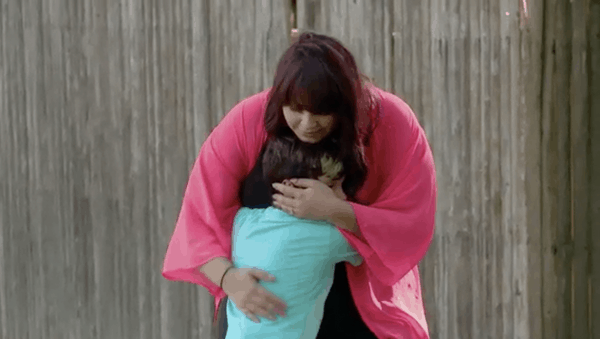 But Tiffany swears that Daniel is her main priority and that she will call the wedding off if Daniel and Ronald are not copasetic. Daniel is excited to meet Ronald though, and (disturbingly?) has already started referring to him as “Dad.” Ahem. Please discuss.

For now, Tiffany still dreams of her fairytale coming true in South Africa. Sure, Ronald might steal all of her credit cards in the middle of the night and rob a convenience store at gunpoint on the way out of town. But it’s okay! He’s gonna try not to. 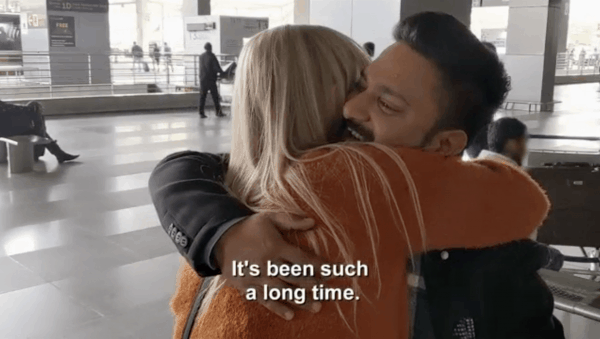 If we thought Sumit was going to leave Jenny stranded at the airport without a working cell phone or a single soul to save her, well, we were right – and wrong! Jenny does get stood up at the airport in Delhi, but only for an hour (!!!) before Michael Jones/Sumit comes to her aid. Once he shows up, Jenny throws her arms around him and they kiss and hug and swear oaths of love to one another like they just made it through the Battle of Winterfell. It’s sweet. And sweaty.

Sumit ferries Jenny back to the apartment he’s rented for them, which costs a steep $350/month, comes with furniture wrapped in plastic, no hot water, and is two hours away from his family. He’s like, “I hope they don’t find us here.” But yo, they might! It seems as if members of Sumit’s extended fam work IN THIS VERY TOWN. Ummmmm…what the hell, dude? This plan is kinda the worst. 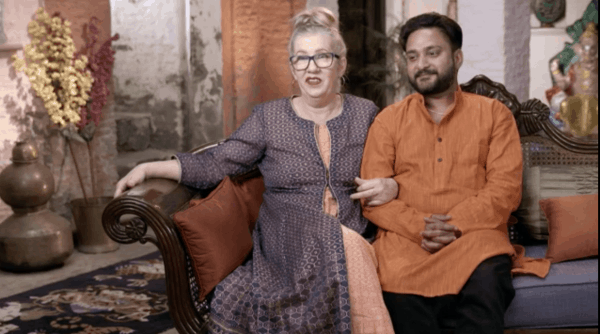 Jenny, despite having brought her “Indian clothes” along, sticks out like a 60-year old blonde lady from Palm Springs. Also, Jenny needs a shower very badly, but can’t bear the freezing cold water. Either they get that situation solved, or we’re about to witness a blonde Palm Springs lady devolve slowly into the the wrong side of The Walking Dead.

“Do your parents suspect us?” wonders Jenny. Sumit’s all, Yeah, they think I’m with you because I told them I was with you at first then told them I’m just coming here for work. But it’s fine now. It’s TOTALLY FINE!!! We good.

Okay, let’s reflect. For being pretty adept at faking an entire identity online for months, does Sumit seem like a pretty terrible liar? I mean – how is he planning on keeping this charade up for the next 20-odd years? Not to mention the fact that they’re literally filming this entire storyline for a cable TV show. <shrug> 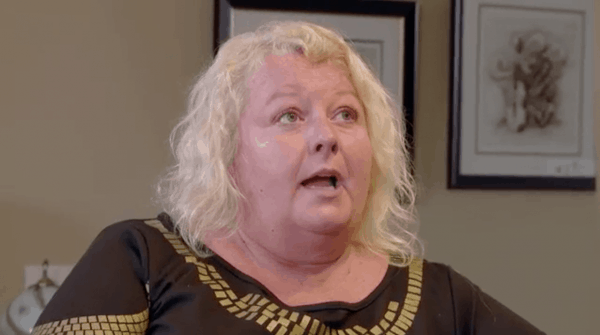 Here’s what I love about Laura, besides the fact that she shaved her dirtbag ex-husband bald: Homegirl comes on camera fresh from the shower without a stitch of makeup on, eats a grilled cheese with syrup (and chocolate?) decadently melted in it, and chills the eff out while her bestie reads her the riot act. I mean – is Laura the calmest, coolest chick under pressure that we’ve ever seen? Or is she just deluded? Either way, I’m here for Laura. I love me some Laura. #TeamLaura

Ludwing, Laura’s “adopted” brother, is also a cool character. He’s basically the truth-teller we all need in our lives, plus he makes an amazing grilled cheese concoction (see above) that I need in my mouth right this very minute. Sure, he thinks Laura is off her nut for even being interested in a 29-year old personal trainer from Tunisia. But when Ludwing finds out that Laura ALREADY MARRIED ALADIN, he reacts in a series of stunned expressions that can only be summarized as “WTF?!?”

Please enjoy the many faces of Ludwing, i.e, our collective audience reaction to Laura’s bombshell news: 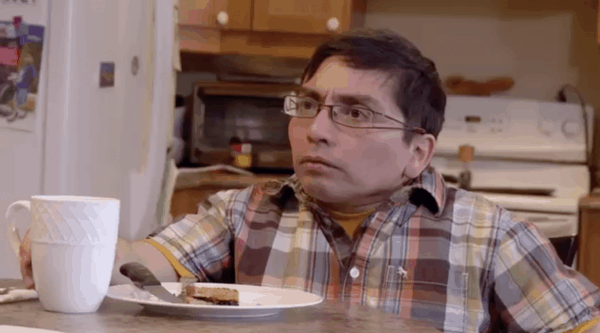 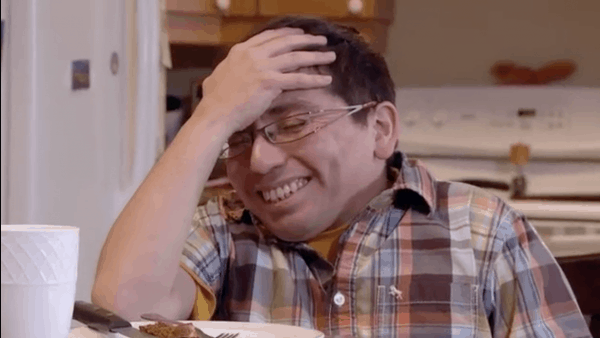 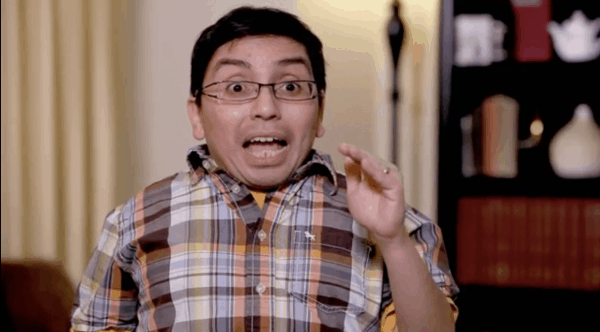 Laura defends her choice as necessary because she couldn’t “be with” (read: knock boots with) Aladin in Qatar unless they were legally wed. Ludwing can’t believe what he’s hearing. He reminds Laura that Aladin is a super-young dude who might want a family of his own one day. He’ll want to change baby diapers, not Laura’s diapers. Laura sighs, knowing this is true. But she’s already made her decision – emotionally and legally – so there’s no turning back now.

Is Laura crazy for marrying Aladin? Will Sumit’s parents find out his secret? Comment below!

Be the first to leave Comments for 90 Day Fiance The Other Way Recap: Big Expectations