Home > Buzz 90 Day Fiance The Other Way Recap: Another World

90 Day Fiance The Other Way Recap: Another World 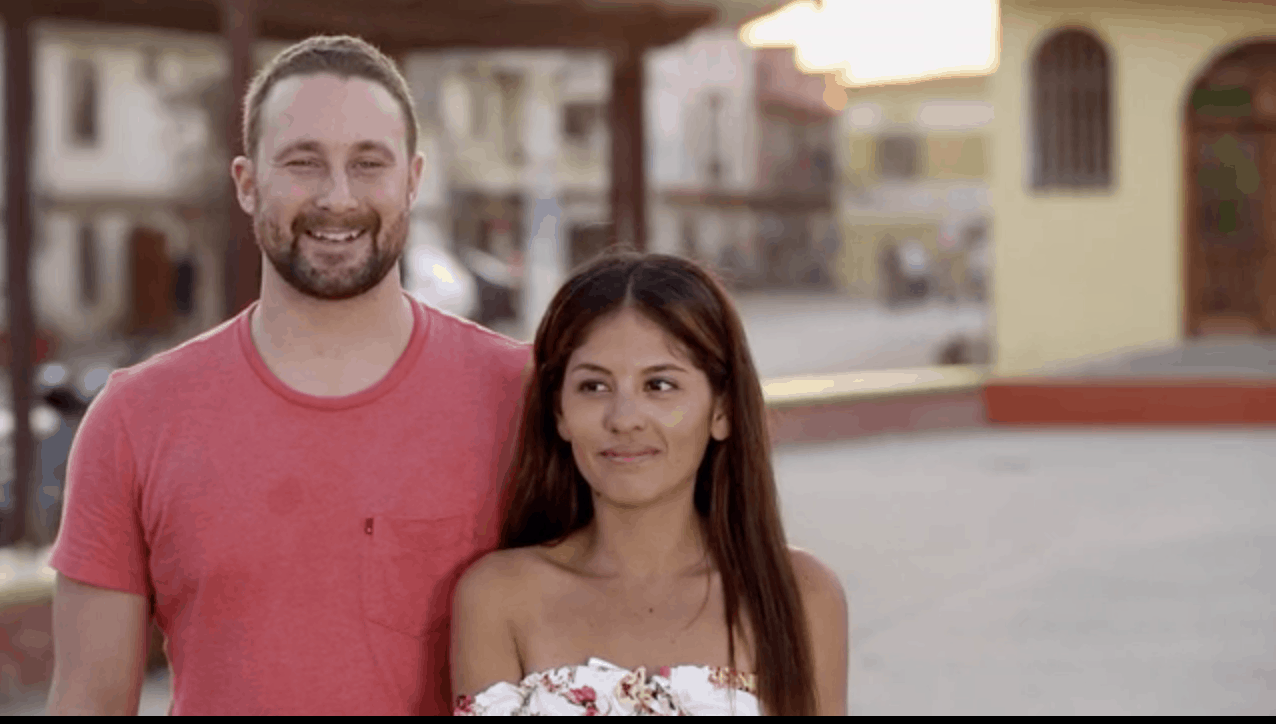 This week’s 90 Day Fiance: The Other Way proved that love knows no boundaries, and that Corey can survive a public bus. We also learned valuable information about Aladin’s sexual prowess and that Paul Staehle might be a terrorist! Or not! But who cares! He’s on the run! But before we catch up with Paul and his cooling vest, let’s check in with everyone else. 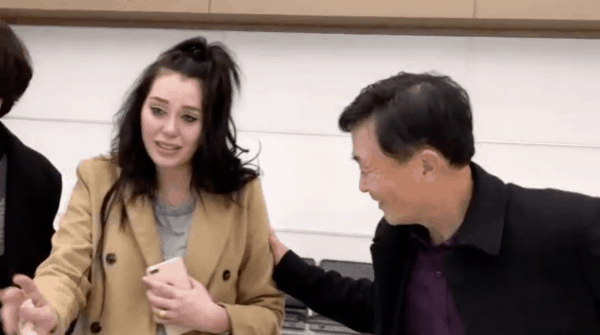 In Vegas, Deavan and her daughter, Drascilla, drive to the airport to pick up Jihoon and his parents. While Drascilla mainlines Red Bull in her carseat. Deavan is worried about making a good impression since Jihoon’s parents basically hate her already. She’s also stressed out about Drascilla, who apparently can only survive in public for 10 minutes before turning into the Exorcist kid. 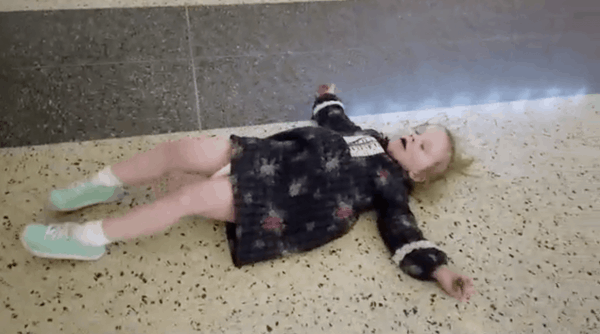 Thus, when Jihoon and his ‘rents emerge into view, Drascilla is stretched out on the airport floor mid-tantrum while a very pregnant Deavan openly bawls. HELLO! WELCOME TO AMERICA! We are all exhausted and on multiple meds.

“We are here because of our son,” says Father Jihoon, making it clear that they are not okay with any of this crazy bullsh*t. 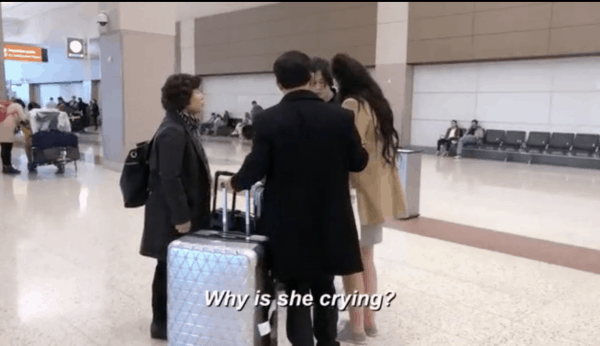 At least Deavan hopes they’ll be impressed by Vegas and the Air B&B she rented for their stay, which is lovely. “Very good!” says Father Jihoon, “Looks like castle!” Deavan is relieved she’s put some points on the scoreboard, especially since Drascilla is screaming from every room and throwing herself down stairs while the adults chat.

Jihoon worries that his parents will be freaked out by how wild Drascilla is, but it turns out he’s even more freaked out to learn that Drascilla will be sleeping between Deavan and him in bed. “WHY?” he asks. This is NOT how it’s done in American movies! No sexytimes for him. Also, does anyone else find it disturbing that Deavan is requiring her daughter to sleep between a strange man and her straight outta the gate (or EVER)? Hmm. I have many feelings about this.

Corey has somehow managed to NOT get macheted to death on the public bus after Evelin stood him up at the airport – and that’s no small feat for someone carrying a laptop, TV, engagement ring, and the scarce remains of his dignity in his luggage. After three planes and two busses, Corey finally gets to Engabao. Evelin, who’s sitting with her family at the bar she owns with Corey’s money, laughs about how she left Corey at the airport. She’s fifty percent excited to see him. 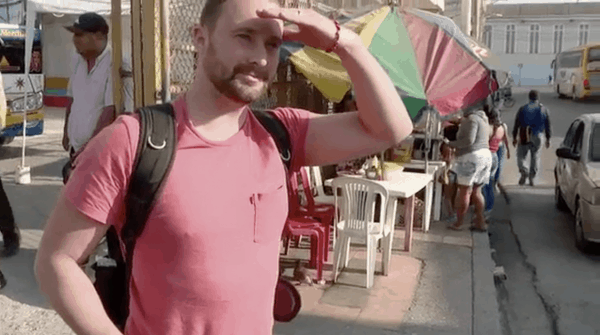 Evelin’s parents remind her that Corey is leaving everything behind for her. Evelin just shrugs her shoulders. “I don’t want to marry him,” she says flatly, telling them that Corey needs to jump through some major hoops (learning Spanish, firstly…not being in a cult, secondly) before she’ll even consider commitment.

But the tone changes when Corey actually shows up in town and Evelin is waiting there to greet him (hey, she left her couch!). She’s all, “You look yummy!” and “I miss you!” “Corey is the best thing ever!” which makes no sense considering how cold she’s been lately. WHAT IS GOING ON HERE? Are we being frauded? Does. Not. Compute. 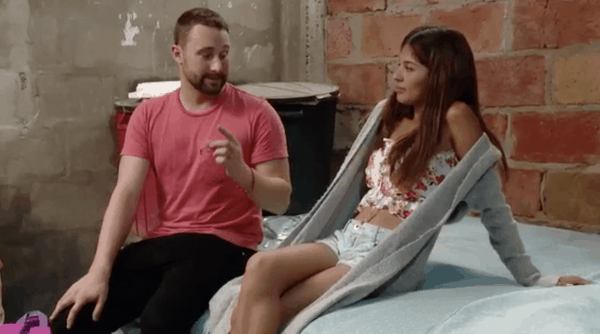 But wait – Oh hell no. Evelin makes Corey walk with his 300 pounds of luggage all the way to her grandma’s house because 1) her car is broken and 2) her apartment roof is being fixed. Corey wants the nookie so bad that he marches through throngs of rabid barking dogs to get there. And I imagine he’ll be doing much worse things than this for more nookie in the future. After all, this man lived through shots. #NeverForget 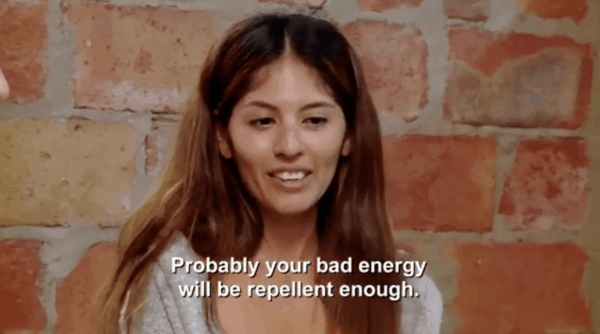 Corey might not live through his first night in Ecuador though because there aren’t any mosquito nets. “Your bad energy will be repellent enough,” snarks Evelin, who thinks Corey is being a whiny little weiner about the mosquitoes. She says he should just fly back home if he’s not grateful for the accommodations.

Umm, as a grown woman living through a Wisconsin summer right now, I have this to say to Evelin: THE STRUGGLE IS REAL. Mosquitoes are the enemy and must be dealt with at military level defense strategy. Like, I’m essentially wearing a DynaTrap on my head right now. So, SHUT IT EVELIN. Pshhhhhhhhhht.

Over in Qatar, Aladin shows us what he’s all about. For starters, he’s all about that personal grooming life, ladies! Even though he’s always been a lady killer, after meeting Laura on social media, he was allegedly smitten.

“I love her and she loves me,” recites Aladin, even though she “was more short” and “like this” <spreads hands to indicate ample width> than he’d imagined. Now that they’re married, Aladin says he’s cool with Laura because she’s beautiful and “likes the jiggy jiggy.”

Ok, guys. We just lived through Aladin describing sex as “jiggy jiggy.” Let’s take a moment of silence and three cleansing breaths to gather ourselves. 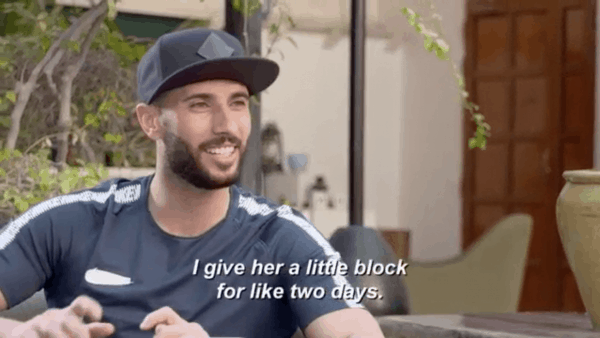 Onward! When Aladin meets up with his friend, he talks briefly to Laura on the phone, then complains about how jealous b*tches be gettin. Aladin says that Laura screams at him about every new social media follower he gets, even though he is apparently a perfect angel. “Sometimes I give her a little block for a few days” after fighting, says Aladin. He’s the man, therefore he’s in charge. And if Laura doesn’t understand that concept when she gets to Qatar, Aladin threatens that there will be BIGGIE problems in their marriage.

Okay, fine. But here’s what Aladin needs to understand: Laura secretly catfished her last husband and shaved his head dead-ass bald when she caught him cheating. She’s also back in Florida right now buying you a Sex For Dummies book, multiple vibrators, and telling the world you suck in the sack. So…#WhoGonnaCheckHerBoo #SleepWithOneEyeOpen #CoochieCream  #BOOM

Paul has been in Brazil less than 24 hours and he’s already duck-footing it into the jungle, people. Yes, the real Paul is back. And he’s apparently…a terrorist? Well, according to the Brazilian government anyway. 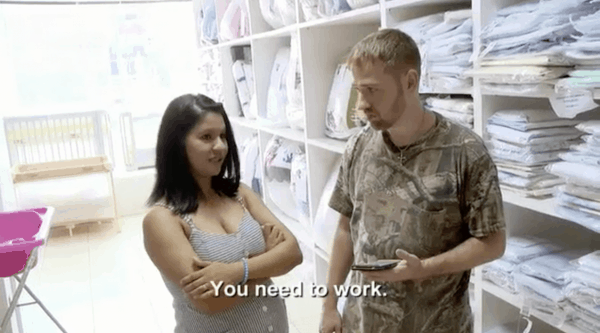 After Paul takes Karine out shopping for baby gear (none of which he can afford), he complains about not being able to work until he gets his Visa.

But when Paul gets his letter from the Embassy, it’s not good news about his Visa. In fact, it’s basically the worst news ever: He’s been denied for Brazilian citizenship because being convicted of “acts of terrorism,” “genocide” and “wartime aggression.” UM, QUE?!? 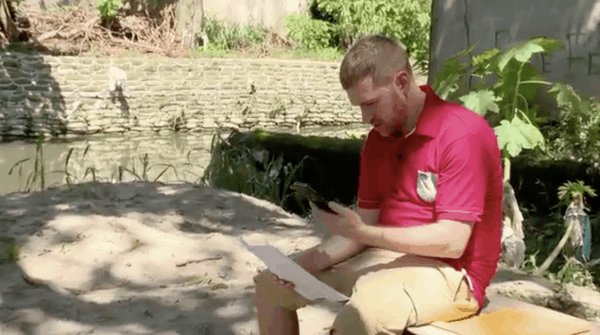 Paul reacts to this news like a totally sane person who’s just been accused of terrorism/genocide/war crimes by immediately RUNNING INTO THE JUNGLE. Yet again, producers are left screaming, “Paul! Pauuuuuuuuul!” as their boy fast-waddles his way through the underbrush to some unknown poop river in the distance. Damn. It’s like old times! Welcome back, Paul! Grab a kevlar vest, hang on to your penis sheaths, and let’s do this thing. It’s gonna be another wild ride.

Is Paul going to get kicked out of Brazil? Is Evelin the absolute worst? Comment below!

Be the first to leave Comments for 90 Day Fiance The Other Way Recap: Another World