'90 Day Fiance' Star Angela Says She is Done With Michael

Angela is Taking off her Ring and Calling off the Engagement 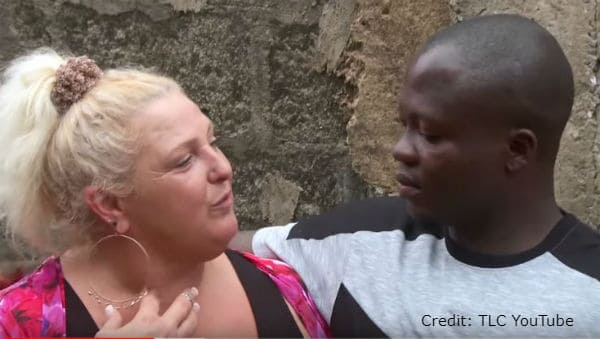 Things are really heating up on 90 Day Fiance: Before the 90 Days. Now in a new preview, Angela Deem is saying that she is done with Michael Ilesanmi. He is a bit younger than her, but before he said that age was only a number and he didn’t mind at all.

Angela learns that he called her his “elder” and she is not happy at all. Angela has already shown that she doesn’t hold back on her thoughts. She says, “I’m not your elder, I’m not your d**n elder. Michael, you’ve just pi**ed me off. Did you really say that, Michael?” He actually doesn’t answer her and just looks at the camera, to which she replies, “You think it’s f—— funny, Michael?”

This all goes down on the big 90 Day Fiance: Before the 90 Days reunion show. Maybe these two will work it out, but right now things aren’t looking great. Angela goes on to tell him that she is totally done and gives him back her engagement ring. That must mean these two haven’t gotten married yet.

She even goes as far as to leave the set. Angela admits that she is very embarrassed by the way that things went down with them. She explains that she is a grown woman and he won’t be treating her that way at all. This couple has been through a lot including her accusing him of taking extra money out of her atm with the card that she gave him.

For now, fans will have to wait and see if Angela and Michael end up making it on 90 Day Fiance: Before the 90 Days. If they get married or stay together, they could end up on another season of the show in the future.

Are you surprised to hear that Angela is saying she is done with Michael? Do you think she really means it? Let us know in the comments section below, and don’t miss new episodes of 90 Day Fiance: Before the 90 Dayson Sundays on TLC.