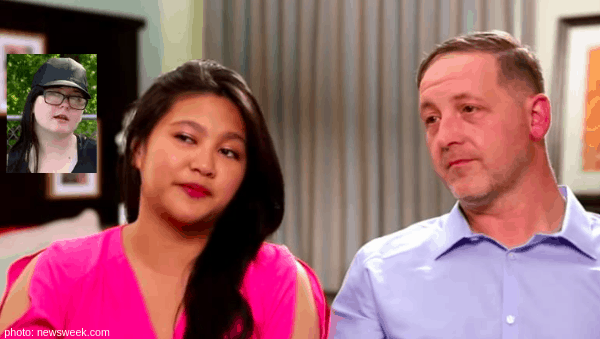 It doesn’t look like Eric Rosebrook‘s relationship with his daughter, Tasha Rosenbrook, will be getting better any time in the near future.

Eric’s new wife, Leida Margaretha, was granted a four-year restraining order against her stepdaughter, Tasha, who cannot say anything on social media that antagonizes the Indonesian 90 Day Fiance star. Attorney Andrea Von Hoff confirmed to Us Weekly that the injunction doesn’t apply to Eric, who is LEGALLY ALLOWED see his daughter whenever he wants.

We will never forget how Leida kicked her fiance’s teenage daughter out of the apartment she paid rent in because Tasha didn’t keep it ‘proper’ enough for Leida. Will Leida let Eric go see his cosplay loving kid? Probably not.

What’s even worse? Do you think Eric would even try to mend his broken relationship with Tasha? I don’t think so either. Leida wouldn’t like it…and I think Eric is terrified to cross her. (She terrifies me as well!)

At this point, what do you think is in Tasha’s best interest? Should she try to make things right with her dad, or is she better off without him? Let me know in the comments!

Be the first to leave Comments for 90 Day Fiance: Restraining Order Granted