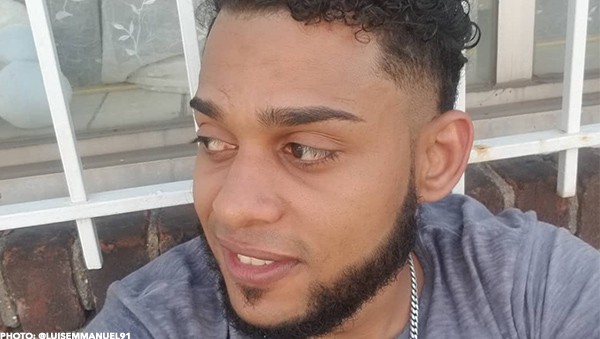 If you watch 90 Day Fiance on TLC, then you know how annoying Luis Mendez can be. He married Molly, but the jerk didn’t want any part of taking care of her children or really being in her life. Luis even gave her teenage daughter a pretty hard time and she moved out of their home.

Molly eventually left Luis, but on a recent episode she found out that she could be stuck taking care of him for the next ten years. Now, Luis is making the fans think that he might have been deported! Now that would be amazing news if it is true.

In Touch Weekly shared all about what Luis said that makes it sound like he is no longer in the United States making Molly’s life hell. He shared the picture below on his Instagram. It looks like the poor baby is crying his eyes out. He didn’t have much to say until fans started asking what was going on. Then Luis made it sound like he got sent home, but no clue if that is what he was crying over.

So here is what happened. One of his followers asked Luis in Spanish if he had been deported. He responded in Spanish, “Si estoy en DR hace una semana” which translates to “Yes, I am in DR. It’s been a week.” Hmm, sounds like he was finally sent home right? Well, the thing is it sounds like he could just be joking around. A follower spoke in Spanish to him and it translated to “F**k Luis, now you have these people saying that you’re deported.” Luis never explained what is really going on, but I hope he is gone!

Do you think that Luis Mendez is really gone finally? Let us know in the comments! Also, check out new episodes of 90 Day Fiance on Sunday nights on TLC.