As if I needed more reason to love Larissa.... 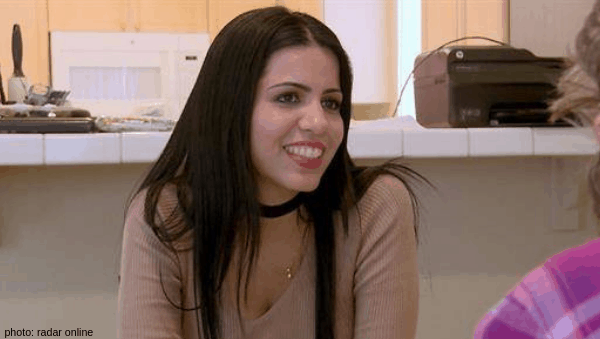 Larissa. Larissa. Larissa. She’s the finest Brazilian import we’ve had since jiu-jitsu. She may be a polarizing personality on TLC’s hit show, but one thing this voluptuous vixen does consistently delivers riveting entertainment. In case you missed it…

Larissa DGAF about TLC 😬 from 90dayfianceuncensored

News broke of Larissa Dos Santos Lima and Colt Johnson‘s wedding earlier after The Queen announced she was angry at her husband for slipping in other girl’s direct messages. Eeeeewwwww. Who are these women???

You know Larissa won’t sit back and allow that to happen. In addition to Larissa’s many admirable qualities, did you know she is quite the sleuth?

Larissa comes with RECEIPTS. She shared the pictures of the girls Coltee is texting. from 90DayFiance

In case you need another source, here is a screenshot of some accounts Mr. Mama’s boy follows….

It’s never too late to find happiness. You never have to give up the hope of something better. Be strong and brave, it’s always darkest before the dawn.

Seems like Colt’s life is definitely lacking with the loss of Larissa in it. Do you think any of the Instagram girls he has been flirting with really care for him? Hahaha. I couldn’t even type that with a straight face.

I’m writing this article from Las Vegas, so let’s make a friendly wager. The over/under is 5 days. Will you take the under, where the couple will file for divorce in the next 5 days? Will you take the over, where the 90 Day couple will file for divorce after 5 days? Or do you think I’m a horribly negative person who is making more of the online flirtation than I should? Winner gets to enjoy the pleasure of winning, while the loser has to go on a date with Colt. 😉

Whatever your opinion, drop them off in the comments below.