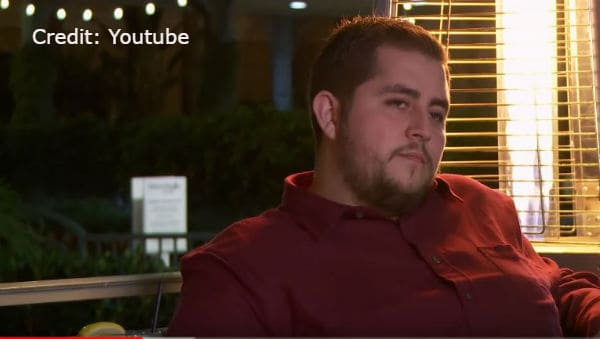 It turns out that 90 Day Fiance star Jorge Nava is headed to prison for two and a half years. Of course, this isn’t the way the star wants to spend his next couple of years, but that is what is going to happen. Us Weekly shared the details about his prison charge. Jorge and his wife Anfisa can’t be thrilled.

He allegedly tried to sell 293 lbs. of marijuana. The thing is Jorge has been honest about this being his job even on the reality show 90 Day Fiance.  He plead to a Class 4 felony in Arizona. The crazy thing is he could have ended up getting up to 24 years, so it looks like Jorge got off pretty easy. He had great lawyers that were helping him along the way with it all. A canine actually alerted on his car after being pulled over.

Jorge was arrested back in February. In Arizona, medical marijuana is legal, but not recreational. He just doesn’t seem to be happy with the charges against him even though he got a lower sentence than he could have and Jorge doesn’t seem to get what he did wrong.

On my YouTube channel many of you asked us to do a Q&A… and we are finally going to do it! Comment any questions you have for me, Jorge, or both of us and we might answer YOUR question and give YOU a shout out in our next video! ❤️ #90DayFiance

Anfisa and Jorge are a hot mess. It will be shocking if this relationship can last him being gone so long. Actually, he may never even get a visit from her, but hopefully, he does. Jorge actually spoke out and said that they are doing great. He doesn’t see any reason they will split, but only time will tell. It will be interesting to see how this all plays out and if TLC continues to record Anfisa while he is behind bars.

Are you surprised to hear that Jorge Nava will be spending the next couple of years in prison? Let us know in the comments, and don’t miss the new episodes of 90 Day Fiance: Before the 90 Days when it airs new episodes each week on Sunday.