Fernanda Claims She 'Accidently' Leaked Video of her Fiance's Manhood 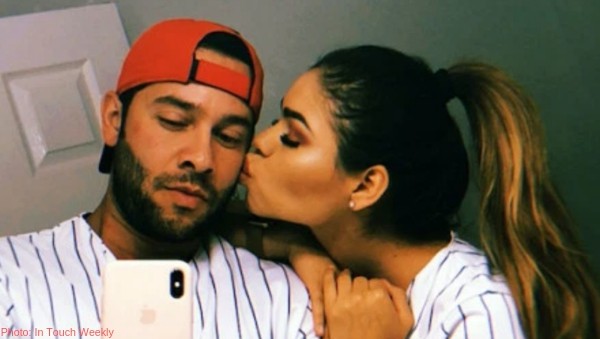 Prepare for So. Many. Penis. Puns.

Fernanda Flores from 90 Day Fiance apologizes for her ‘huge’ mistake. Strap on (OMG I can’t stop!) your seatbelt, because we are going to investigate THAT Instagram post. In case you missed it, no biggie! (Again…sorry.) I’ll catch you up on the x-rated dirt.

Fernanda posted a video to her IG story that began at Jonathan Riviera’s junk, before the camera panned up to his face. The ‘clumbsy’ Mexican beauty deleted the video within minutes, as she and her fiance scurried to get the video down and post apologies on social media. 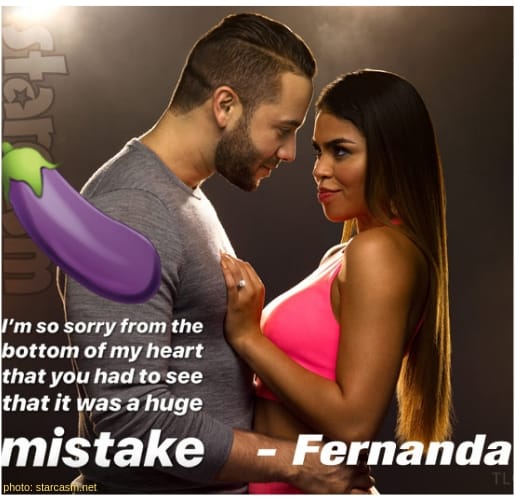 This definitely made the internet abuzz – we are still talking about Kim Kardashian after all. The Kardashian’s empire was based on Kimmy taking the D (Ray J’s is actually worthy of capitalization). Fernanda and Jonathan are on a reality show, so we know they are thirsty. But was this the reaction she wanted?

How do you “accidentally” post a dick video on Instagram? You litteraly have to accept and click okay multiple times before you share the damn thing. Doesn’t make any sense. Someone wants to be a Kardashian. #90DayFiance pic.twitter.com/QyeKTyseGL

Let me get this straight. Fernanda shares a dick pic of Jon on IG, and now he wants to sue every person who shared it? Is this a joke?Guess you got to stay relevant somehow even with a small one 😂. #90dayfiancebeforethe90days #90dayfiancesav1 #90Dayfiance #90dayfiance_etc

Whether the d*ck pic was accidental or not, the 90 Day Fiance couple wanted the video and the screen shots down. They attempted to get social media platforms to censor what people were posting about them, but that backfired when platforms decided not to cover the couple anymore.

My eyebrows will suffer from not watching Fer’s tutorials, but I must boycott. ••••• I NEVER shared the pics, I actively tried to discourage others from doing so, and I never even looked at any pics. I only referenced in a meme that I DIDNT want to see any pics ••••• #90dayfiancé #90dayfiance #realitycraycray #90dayfiancecraycraypodcast @katie_not_holmes @fraudedbytlc @90dayfiancememes01 @90dayfiancememe

Was the couple trying to turn this scandal into ‘money moves’? More like messy moves, if you ask me.

Do you believe Fernanda would stage this accident to help her gain stardom, a la Kim K? Give your opinion in the comments!

Be the first to leave Comments for 90 Day Fiance: Is Fernanda Flores Trying to Pull a Kim Kardashian?