Then immediately tries to get him back. 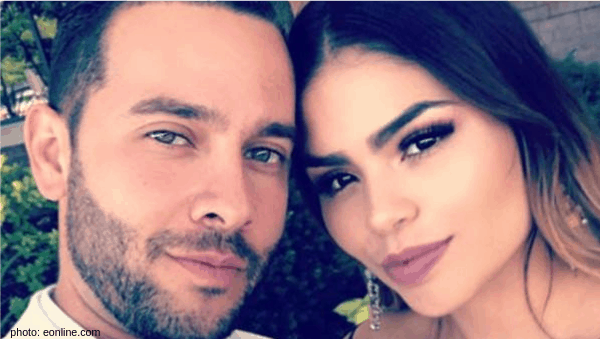 Maybe I’m naive, but I truly thought Fernanda Flores and Jonathan Rivera had a chance. Unfortunately for all of us dreamers, it was confirmed that the 90 Day Fiance couple has broken up.

Jon spilled the tea on social media via a series of messages, leaving us 90 Day Fiance fans to mourn the status of their relationship. It seems as though there were a great deal of outside interferences that negatively affected the couple, the nature of the reality show being one of them. Jon made sure to note how the narrative involving his mother was manipulated by the producers of the show.

Now to Fernanda… If you saw the wannabe model’s Instagram page, you can see it looks like she was actively trying to win back the affection of her new hubby. She posted pics saying she missed him and another reminding him of the vows he made at their wedding to stick with her. But she doesn’t seem to know what she wants because she then posted this message on her instagram story.

Hmmm🤔🤔 Fernanda posted this cryptic message.. Fernandas at her dads(who I think is so handsome lol😍) and Jonathan is at his moms,hes been there for a couple days.. maybe they are broken up?? But the whole cast lies so much idk what to believe anymore.. What do yall think?? #90dayfiance #90daytea #gossip #followme #followforfollow #instagram #instagrammer #instamood #instagood #comment #shoutout #ig #igaddict #instadaily #instafamous #popularpage #popular #funny #hilarious #jokes #cheater #idiot #liar #tlc #tlcfrauds #tlcfrauding

Keep in mind that Fernanda is twenty years old. Based on these behaviors, it doesn’t seem that she is emotionally mature enough to make this marriage work. It’s too bad, because I think Fernanda brought out a lot of good qualities in Jon.

I’d like to end this on a positive note, to set the tone for the new year. It appears that Jon is still working on mending his relationship with his mother. This brings me great joy. I hope their relationship continues to thrive, with or without Fernanda.

Bring in the New Year with this special lady! Wishing all my friends, familia and supporters an abundance of love, health, wealth and success in 2019! 🥂🍾2️⃣0️⃣1️⃣9️⃣ #family #love #health #wealth #success #newyearseve #2019 #familyfirst

Where do you think the New Year will take Fernanda and Jon? Do you think they will be quick to seperate or will they will try to work it out? Leave your opinion in the comment section below!

Be the first to leave Comments for 90 Day Fiance: Fernanda Flores Breaks Up With Jonathan Rivera