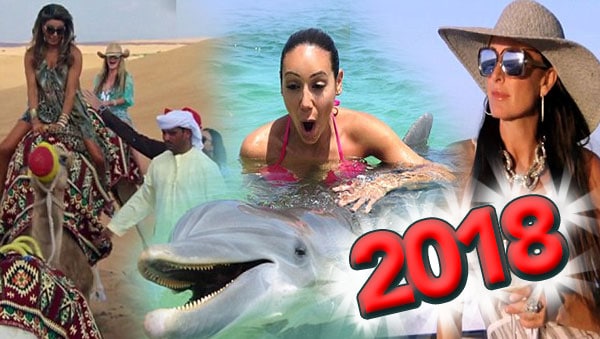 It’s time for the “new year, new me” mindset and we think the new you should have more fun in 2018! Why not make that this year more glamorous and exciting by taking inspiration from your favorite Housewives?! Check out these awesome adventures from the show!

Rent it for an hour, rent it all day, who cares! There’s nothing like sitting on a yacht to make you feel like you’re living the life of luxury you deserve, or at least make all your Insta-followers think you do.

Bermuda Yachts – as seen on RHOP

For thrill seekers and nature lovers alike, you will definitely leave this excursion with stories to tell! Vicki Gunvalson did on RHOC Season 7.

Amigos Del Rio– as seen on the RHOC Guide to Costa Rica!

Get up close and personal with sea life and give yourself ~mermaid vibes~ nothing will make you feel more well traveled than this popular vacation activity. 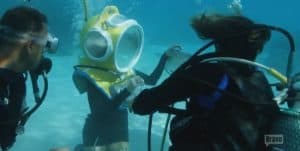 Where to dive in:

Moorea Adventure – as seen on RHOC

Live your beach-bum fantasy and finally learn to “hang 10” or maybe at least stand up on the board.

If you’re just *too cool* for these summer and beach activities maybe you should take a tour of an ice glacier and chill out. 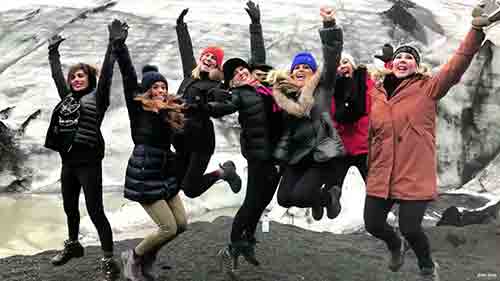 Where to take a chill pill:

Solheimajokull Glacier – as seen on RHOC

These circus-inspired acrobat shows will have you saying, “I could do that!” even though sometimes you struggle to tie your shoes. What these gymnasts can do will amaze you! 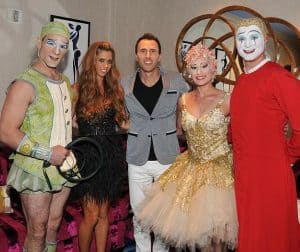 Where to be amazed:

For those who still think that they can do what the aerialists do! Kyle showed off her splits in RHOBH Season 4 Episode 4!

Just like a zoo without the “these animals are in cages but I want to see the animals” guilt. The tour guides are available to answer any question and the open vehicles give you a small sense of danger.

Canopy Safari – as seen on RHOC

When you want to get in shape this year but also want to get dirty, follow in the footsteps of Real Housewives of Orange County’s Tamra Judge! 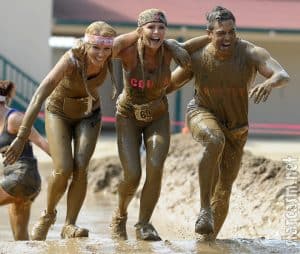 Where to get down and dirty:

For those who are feeling a little wild, sexy and need to get rid of their dollar bills.

Where to get your freak on:

Chippendales – as seen on RHOBH

Home of the Original Full Monty – as seen on RHOBH

For those who are feeling a little wild, sexy and don’t need to get rid of their dollar bills.

Where to learn to get your freak on:

Night School for Girls – as seen on RHOBH

Check out Danielle’s raunchy dance below!

The one place you can truly be surrounded by fellow queens! Look for Lisa Vanderpump, she’s practically a gay god at this point! 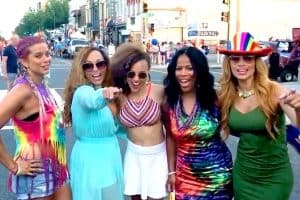 Where to celebrate your pride:

Horses are a favorite Housewives pastime! This will be as close as you can get to a unicorn, and you’ll learn to be more thankful for cars. 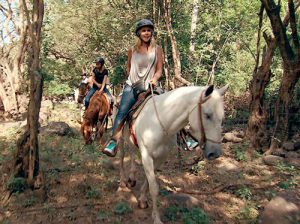 Where to giddy up:

Provo Ponies – as seen on RHOA

Submerse yourself into a real-life puzzle and escape reality at the same time! 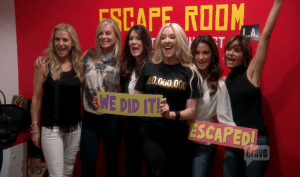 Mystery Room – as seen on RHOA

When you want the breeze in your hair but also don’t like the sound of possible death. 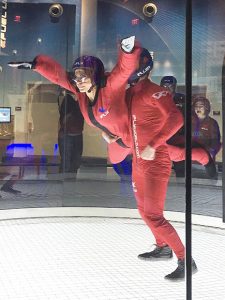 iFly – Baltimore – as seen on RHOP

Nothing will make you question your life choices more than realizing that you could’ve been a marine animal trainer and do this every day.

There will be wine and no kids,  so basically heaven.

Where to feel grape:

For those who think the best part of the beach is still finding sand in your bag two years later.

Where to make hella hump-day jokes:

What do you plan to check off your bucket list this year? Let us know in the comments below!

Be the first to leave Comments for 18 Real Housewives-Inspired Ways to Live Your Best Life!